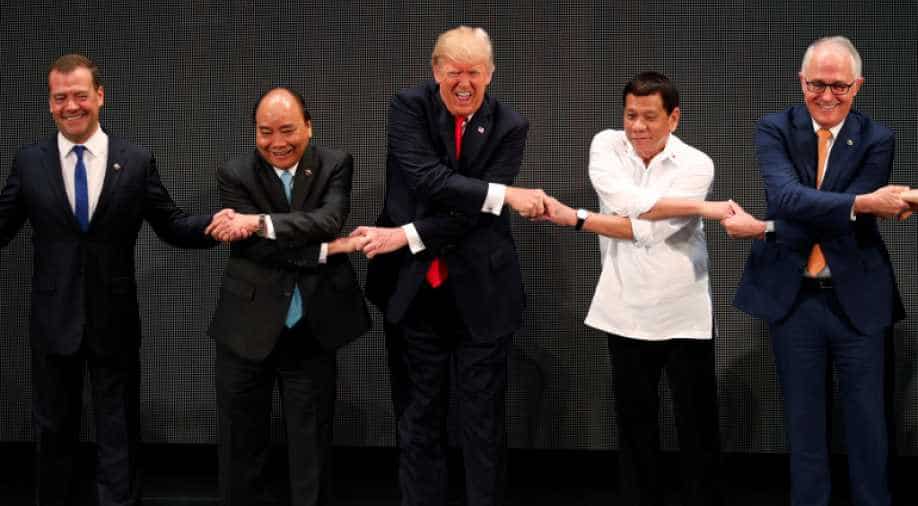 US President Donald Trump smiles with other leaders as they cross their arms for the traditional 'ASEAN handshake' in the opening ceremony of the ASEAN Summit. Photograph:( Reuters )

US President Donald Trump raised North Korea's missile tests during talks on Monday with the prime ministers of Japan and Australia.

He said, "a lot" of progress had been made in negotiations on trade.

On the sidelines of a summit of East and Southeast Asian leaders in Manila, Trump met Japan's Shinzo Abe and Australia's Malcolm Turnbull and said discussions at the meeting would include tensions on the Korean Peninsula and trade.

In brief remarks prior to media being ushered out of the meeting, Turnbull said North Korea's "recklessness" needed to be stopped, while Abe said the most immediate challenge was to ensure regional peace and stability.