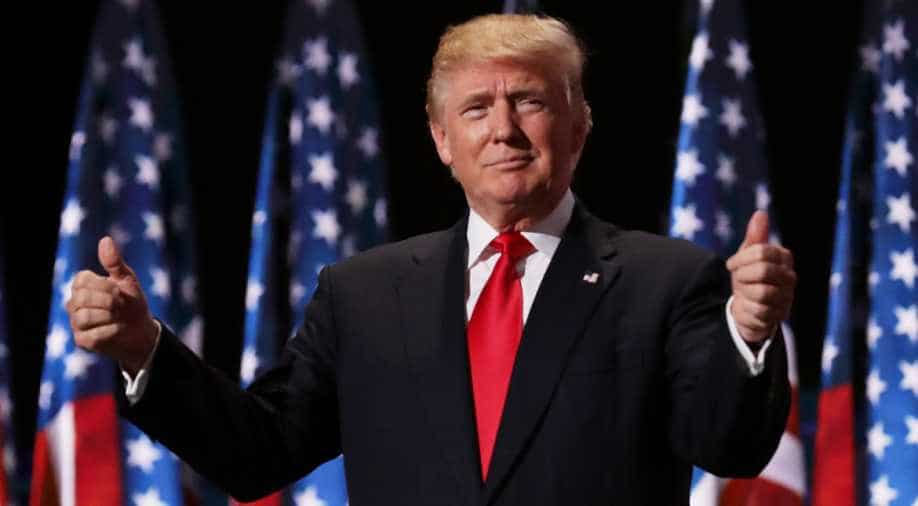 Trump's advisers are considering ways to bypass a theoretical four-year procedure for leaving the accord, according to the source, who works on Trump's transition team for international energy and climate policy. Photograph:( Getty )

President-elect Donald Trump is seeking quick ways to withdraw the United States from a global accord to combat climate change, a source on his transition team said, defying broad international backing for the plan to cut greenhouse gas emissions.

Since Trump's election victory on Tuesday, governments ranging from China to small island states have reaffirmed support for the 2015 Paris agreement during climate talks involving 200 nations set to run until Friday in Marrakesh, Morocco.

Trump has called global warming a hoax and has promised to quit the Paris Agreement, which was strongly supported by outgoing Democratic US President Barack Obama.

Trump's advisers are considering ways to bypass a theoretical four-year procedure for leaving the accord, according to the source, who works on Trump's transition team for international energy and climate policy.

U.S. Secretary of State John Kerry said on Sunday in New Zealand that the Obama administration would do everything it could to implement the Paris accord before Trump takes office.

The accord says in its Article 28 that any country wanting to pull out after signing on has to wait four years. In theory, the earliest date for withdrawal would be November 4, 2020, around the time of the next US presidential election.

The source said the future Trump administration is weighing alternatives that could accelerate the pull-out: sending a letter withdrawing from the 1992 international framework accord that is the parent treaty of the Paris Agreement; voiding US involvement in both in a year's time; or issuing a presidential order simply deleting the US signature from the Paris accord.

Withdrawing from the UN Framework Convention on Climate Change (UNFCCC) would be controversial, partly because it was signed by former Republican President George HW Bush in 1992 and approved by the US Senate. The action also could antagonise many other countries.

The UNFCCC sets a goal of avoiding "dangerous" man-made damage to the climate to avert more heat waves, downpours, floods, extinctions of animals and plants and rising sea levels.

The 2015 Paris Agreement is much more explicit, seeking to phase out net greenhouse gas emissions by the second half of the century and limit global warming to "well below" 2 degrees Celsius (3.6 Fahrenheit) above pre-industrial times.

Many nations have expressed hope that the United States will stay. But the host of the current round of climate negotiations, Morocco, said the agreement that seeks to phase out greenhouse gases in the second half of the century was strong enough to survive a pullout.

One party deciding to withdraw would not call the agreement into question, Foreign Minister Salaheddine Mezouar told a news conference.

The agreement was reached by almost 200 nations in December and, as of Saturday, has been formally ratified by 109 representing 76 percent of greenhouse gas emissions, including the United States with 18 percent.

The accord seeks to limit rising temperatures that have been linked to increasing economic damage from desertification, extinctions of animals and plants, heat waves, floods and rising sea levels.

"The Paris Agreement carries an enormous amount of weight and credibility," Espinosa told a news conference.

She said the United Nations hoped for a strong and constructive relationship with Trump.

The Trump source said the president-elect's transition team is aware of the likely international backlash but said Republicans in the U.S. Congress have given ample warning that a Republican administration would take action to reverse course.

"The Republican Party on multiple occasions has sent signals to the international community signaling that it doesn't agree with the pact. We've gone out of our way to give notice," the source said.

The source blamed Obama for joining up by an executive order, without getting approval from the US Senate.

"There wouldn't be this diplomatic fallout on the broader international agenda if Obama hadn't rushed the adoption," the source said.