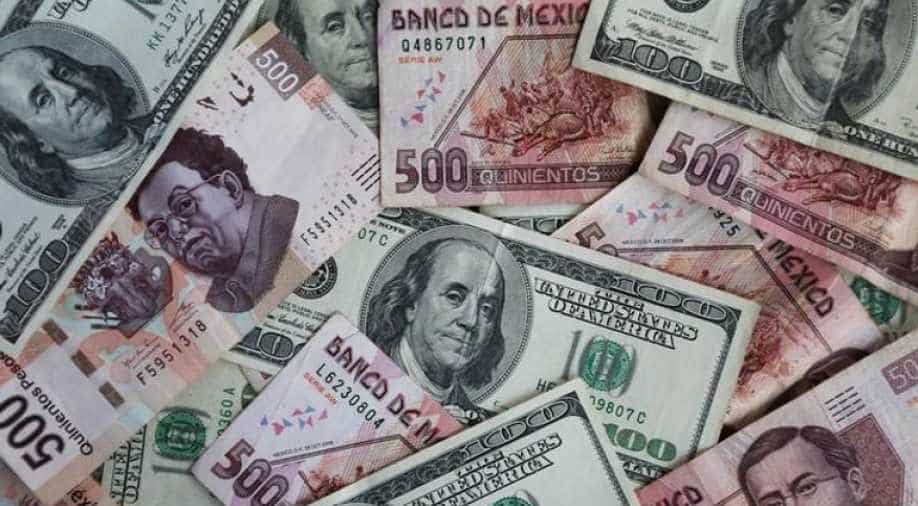 Markets have been nervous about the Republican billionaire's decision to renegotiate the North American Free Trade Agreement (NAFTA) with Mexico and Canada and his threat to impose tariffs. Some 80 per cent of Mexico's exports go to the US. Photograph:( AFP )

The Mexican central bank slashed the country's economic growth forecast on Wednesday, citing concerns that US President-elect Donald Trump will make good on his pledge to upend regional trade.

The bank issued a quarterly report that cited the market volatility and the sharp depreciation of the peso that followed Trump's victory in the November 8 election.

"The panorama for the world economy has become more complicated as a result of the electoral process in the United States," the report said.

Mexico could be the nation with the most to lose under the Trump presidency and the national currency has already felt the effect, breaking the 20 peso per dollar barrier following the election.

Trade at risk
Markets have been nervous about the Republican billionaire's decision to renegotiate the North American Free Trade Agreement (NAFTA) with Mexico and Canada and his threat to impose tariffs. Some 80 per cent of Mexico's exports go to the United States.

Trump has also threatened to restrict billions of dollars in remittances that Mexican immigrants send back home in order to strong-arm the government into financing a massive border wall.

"The result of the electoral process in the United States increased the risk of the design of policies that obstruct external trade and foreign investment in our country," the central bank said.

The report cautioned that its projections could change depending on the economic policies that the Trump administration enacts after he takes office in January.

Other risks to the Mexican economy cited by the bank include an expected drop in oil production, a major source of dollars for the economy, and the "lack of clarity" over the process of Britain exiting the European Union.

Last week, the bank raised its key rate by 50 basis points to 5.25 per cent to keep inflation in check.

The International Monetary Fund also lowered its growth forecast for Mexico for 2017 to 2.2 per cent.

Moments before the bank released its report, deputy finance minister Vanessa Rubio said the government was maintaining its forecast unchanged at 2.0-2.6 per cent this year and 2.0-3.0 per cent in 2017.

"We will remain vigilant, taking measures that we consider adequate," Rubio said at a news conference.

"But on the other hand, no policy has materialised (in the United States), so right now the only thing we have are expectations, assumptions, and we have to work in concrete terms," she said, referring to the need for more details about Trump's plans.

President Enrique Pena Nieto, who came under fire at home for meeting with Trump in Mexico City during the US election campaign, plans to meet with the future US president before his inauguration in January.

Pena Nieto told reporters on Wednesday that NAFTA is a "priority" for Mexico but that it is still too early to tell what the Trump administration will do.