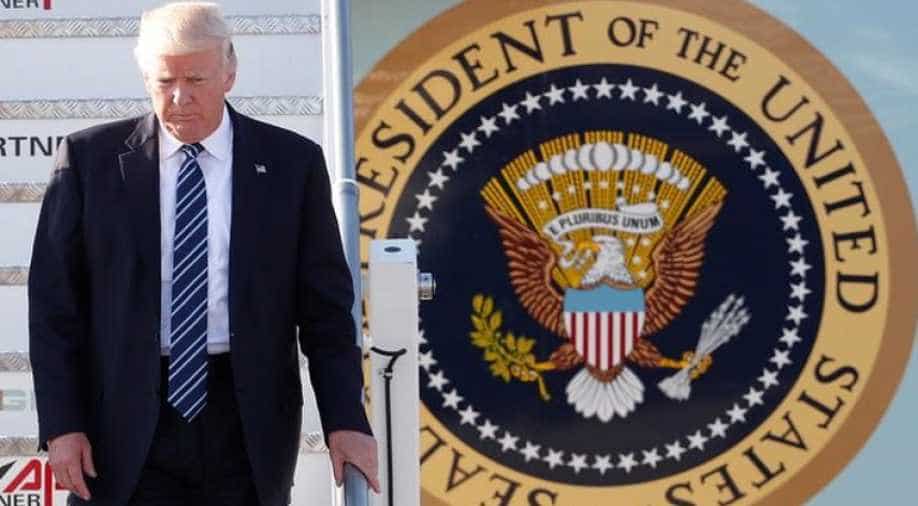 Trump requested Duterte's help in impressing on China, North Korea's neighbour and only major ally, the need for it to help rein in Kim, the transcript showed. Photograph:( Reuters )

In a call last month with the Philippines' president, US President Donald Trump described North Korea's leader Kim Jong Un as a "madman with nuclear weapons" who could not be let on the loose, according to a leaked Philippine transcript of their call.

Trump told Duterte in the April 29 call that the United States would "take care of North Korea," and had a lot of firepower in the region, although it did not want to use it, according to a transcript of their conversation published by the Washington Post and the investigative news site The Intercept.

The document included a "confidential" cover sheet from the Americas division of the Philippine Department of Foreign Affairs.

A senior US official said the Trump administration did not dispute the accuracy of the transcript and declined to comment further.

Trump requested Duterte's help in impressing on China, North Korea's neighbour and only major ally, the need for it to help rein in Kim, the transcript showed.

"We can't let a madman with nuclear weapons let on the loose like that," Trump said. "We have a lot of firepower, more than he has, times 20, but we don't want to use it."

The US president told Duterte that Washington had sent two nuclear submarines to waters off the Korean peninsula, comments likely to raise further questions about his handling of sensitive information after US officials said Trump discussed intelligence about Islamic State with Russian officials this month.

"We have two submarines - the best in the world. We have two nuclear submarines, not that we want to use them at all," Trump said.

The Philippines foreign ministry said earlier in a statement that it had no comment on news reports about the leaked transcript.

But it said that under Philippine law there was "criminal and civil liability attached to the hacking, unauthorized disclosure and use of illegally or inadvertently obtained confidential government documents."

The ministry said it valued the need for transparency, but the release of some information could affect national security and regional stability. "As such, we appeal to the sense of responsibility and patriotism of all concerned," it added.

North Korea has vowed to develop a nuclear-tipped missile that can strike the U.S. mainland, presenting Trump with perhaps his biggest foreign policy challenge.

It has conducted dozens of missile launches and two nuclear bomb tests since the start of last year.

Trump has said "a major, major conflict" with North Korea is possible and that all options are on the table, but his administration says it wants to resolve the crisis diplomatically with the aid of tougher sanctions.

On May 1, just after the call with Duterte, Trump said he would be "honoured" to meet Kim Jong Un, under the right conditions.

According to the transcript, Trump said he hoped China would act to solve the North Korea problem.

"They really have the means because a great degree of their stuff comes through China," Trump said. "They (Beijing) are doing certain things, like not accepting calls. But if China doesn't do it, we will do it," Trump said, having asked Duterte if he thought China had influence over Kim.

Trump said Kim had the "powder" - an apparent reference to North Korea's nuclear capability - "but he doesn't have the delivery system."

"All his rockets are crashing. That's the good news. But eventually when he gets that delivery system," Trump said without finishing his sentence.

While North Korea missile tests have frequently failed, Trump and Duterte spoke before an apparently successful test of a long-range missile this month.

Western experts say that test appeared to have advanced North Korea's aim of developing a missile capable of reaching the U.S. mainland, although the capability was probably still several years away.

The director of the US Defense Intelligence Agency, General Vincent Stewart, said on Tuesday that if left unchecked, North Korea was on an "inevitable" path to obtaining a nuclear-armed missile capable of striking the United States.

In a show of force, the United States has sent the nuclear-powered aircraft carrier Carl Vinson to waters off the Korean peninsula, where it joined the Michigan, a nuclear submarine that docked in South Korea in April.