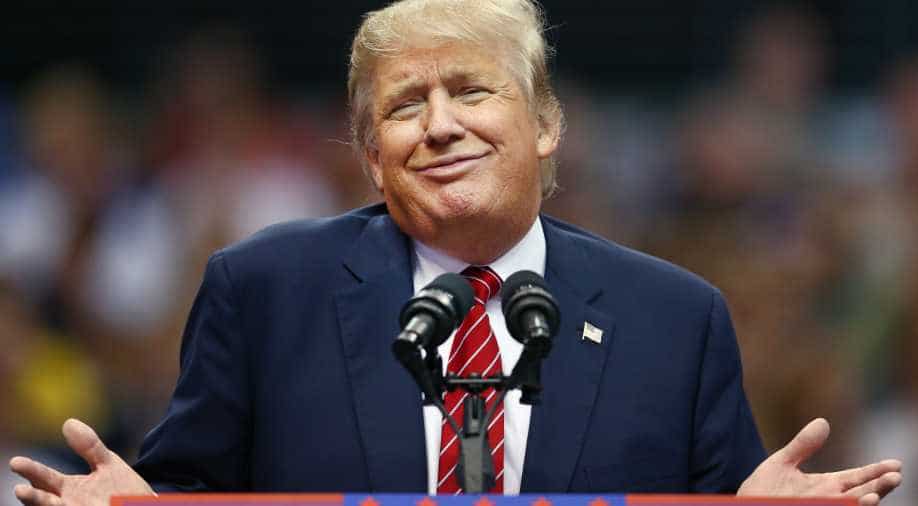 Follow Us
Controversial presumptive Republican presidential nominee Donald Trump has stepped up his attack on the US media, terming the political press as "extremely dishonest" and even calling a TV journalist "a sleaze", triggering angry protests from media associations.
"We have to read probably libellous stories, or certainly close, in the newspapers and the people know the stories are false, I am going to continue to attack the press," Trump, 69, told reporters at a news conference in New York yesterday.
"I find the press to be extremely dishonest. I find the political press to be unbelievably dishonest. I will say that. OK. Thank you all very much," the former reality TV star said.
He slammed the US media for questioning the USD six million fund he claimed to have raised for veterans on one night in Iowa in January. He had skipped a Republican debate hosted by Fox News and hosted a fundraising event for veterans' charities.
"The press should be ashamed. I have never received such bad publicity for doing such a good job. I think the political press is among the most dishonest people that I have ever met," he said.
Trump pointed to ABC News journalist Tom Llamas and said, "You are a sleaze because you know the facts and you know the facts well".
The New York-based real estate tycoon-turned politician, however, immediately faced backlash from the media and presidential candidates of rival parties.
Without naming Trump, the White House Correspondent's Association (WHCA) condemned any attack on the freedom of press.
"The WHCA advocates for access to the president and administration officials to enhance the constitutional guarantee of freedom of the press. We are concerned that any administration or presidential candidate would seek to curb the First Amendment right to free speech and a free press," WHCA President Carol Lee said.
"We do not know who will be in the White House in January, but the presidential campaign has underscored the importance of press freedoms, and the WHCA will continue to defend those rights through the transition this fall and with the new administration next year," Lee said.
Democratic presidential front-runner Hillary Clinton, 68, meanwhile alleged that Trump had been attacking everybody.
"He attacks everybody. Is a recipe for gridlock in Washington. And that is what we have got to break and get away with. You know he seems to believe, or at least is demonstrating that insulting and attacks is his mode of operations," Clinton told the CNN in an interview.
In another interview to MSNBC, Clinton hoped that voters looked at the full picture of everything she has done in her career.
"I have faith in the American people that they will make the right choice here," Clinton added.