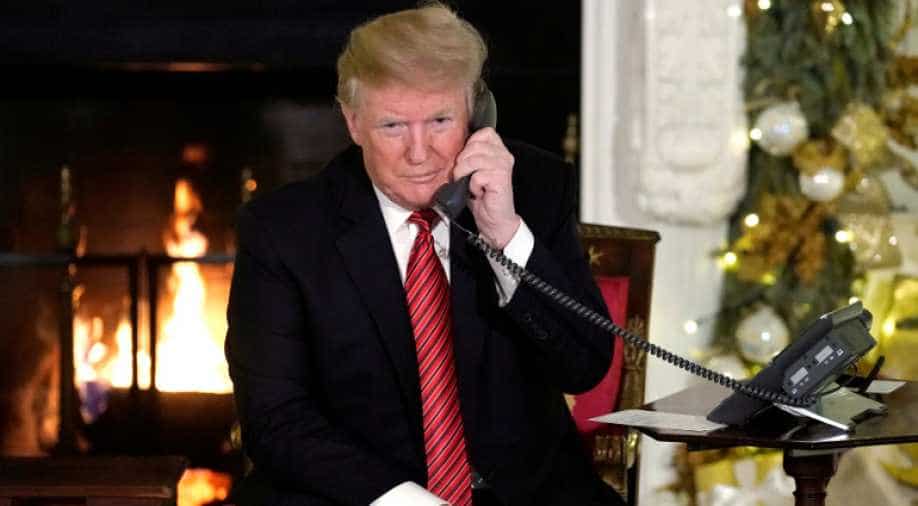 In a tweet early Monday, Trump seemed to signal a more cautious schedule for pulling out the troops, which provide crucial support to Kurdish and other local forces.

President Donald Trump appeared to backtrack Monday on shock plans for an immediate pullout of US troops from Syria, but said his drive to end American involvement in wars made him a "hero."

The shift came a day after a senior Republican senator said Trump had promised to stay in Syria to finish the job of defeating the Islamic State group, also known as ISIS.

Trump had earlier stunned allies -- and prompted the resignation of his respected defense secretary, Jim Mattis -- by abruptly announcing that the jihadists were defeated and that US troops in Syria were ready to leave.

However, in a tweet early Monday, Trump seemed to signal a more cautious schedule for pulling out the troops, which provide crucial support to Kurdish and other local forces.

"We're slowly sending our troops back home to be with their families, while at the same time fighting ISIS remnants," Trump wrote.

But reflecting his frustration at the outpouring of criticism over his Syria strategy, Trump lashed out at opponents and the media, saying that he should be given more credit.

"If anybody but Donald Trump did what I did in Syria, which was an ISIS loaded mess when I became President, they would be a national hero," Trump tweeted.

"The results are FAR BETTER than I ever said they were going to be! I campaigned against the NEVER ENDING WARS, remember!" he added.

Trump also wants to bring home about half of the 14,000 soldiers locked in a 17-year war against Afghanistan's Taliban guerrillas, although no formal announcement has been made.

In Syria, about 2,000 US soldiers operate alongside other foreign troops to assist local fighters battling Islamic State, a jihadist group that once held territory across much of Iraq and Syria and set up its own ultra-Islamist government.

Though much reduced, and forced into hiding, it is still believed to comprise thousands of guerrillas.

The US-led coalition launched its first raids against IS in September, 2014, more than two years before Trump won the US election. US-backed forces seized the jihadists' self-declared capital Raqa on October 17, 2017.

- Allies worried -
Part of Trump's appeal in his surprise 2016 election victory was his promise to get the United States out of post-9/11 wars in the Middle East.

During a lightning visit to US troops based in Iraq last week, Trump said the United States would no longer be the world's "policeman".

"We're in countries that most people have never even heard about," he said, referring to US combat deployments, including in Afghanistan, Iraq and Syria.

"We don't want to be taken advantage of any more by countries that use us," he said.

The view is popular with many Americans, but critics, including some of Washington's closest allies, say the United States cannot abandon its traditional leadership role.

"The impromptu announcement of the US withdrawal from (Syria) caused a lot of questions," French Defense Minister Florence Parly said Monday on a visit to French personnel stationed in Jordan. "Our priority is to continue until the end."

On Friday, Britain's foreign minister, Jeremy Hunt, was less diplomatic, telling Radio 4 that Trump "makes a specialty of talking in very black and white terms about what's happening in the world."

Those concerns are shared at the top of Trump's own Republican party.

Leading Republican Senator Lindsey Graham, one of Trump's principal allies in an increasingly unfriendly Congress, used lunch at the White House on Sunday to urge the president to reevaluate on Syria.

After two hours, he emerged, saying Trump "understands the need to finish the job."

"I think the president is committed to making sure when we leave Syria that ISIS is completely defeated," Graham said.

In response to the uproar, Trump national security advisor John Bolton will soon visit allies Turkey and Israel, which each have their own complex goals in Syria's multi-dimensional civil war.