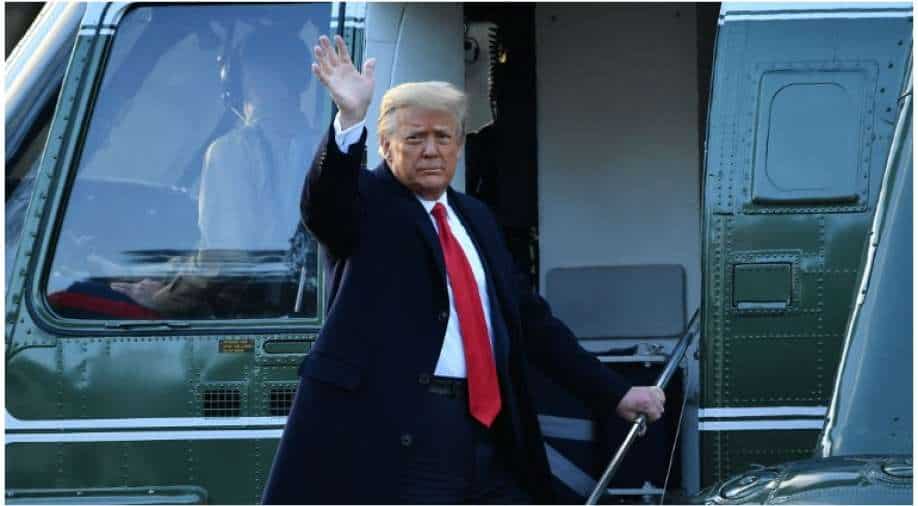 Trump also faced a Tuesday deadline to respond to the article of impeachment passed by the Democratic-led House on Jan. 13 charging him with inciting insurrection in his speech to supporters before rioters stormed the Capitol, leaving five people dead including a police officer.

The Democratic lawmakers who will prosecute former President Donald Trump at his second impeachment trial urged the Senate on Tuesday to convict him, saying he pointed a mob "like a loaded cannon" at the U.S. Capitol before a deadly Jan. 6 rampage.

In a brief filed a week before the Senate trial is set to begin, nine House of Representatives lawmakers known as impeachment managers also rejected Republican claims that it would be unconstitutional to try Trump since he became a private citizen after leaving office on Jan. 20. The Democrats urged the Senate to bar Trump from holding office again.

Trump also faced a Tuesday deadline to respond to the article of impeachment passed by the Democratic-led House on Jan. 13 charging him with inciting insurrection in his speech to supporters before rioters stormed the Capitol, leaving five people dead including a police officer.

"President Trump`s conduct offends everything that the Constitution stands for," the managers wrote in an 80-page brief that noted that Trump had begun voicing his intention to contest an election loss months before the Nov. 3 election was held.

"He summoned a mob to Washington, exhorted them into a frenzy, and aimed them like a loaded cannon down Pennsylvania Avenue.

As the Capitol was overrun, President Trump was reportedly `delighted,`" they said.

During his Jan. 6 speech, Trump repeated false claims that the election was fraudulent and exhorted supporters to march on the

Capitol, telling them to "stop the steal," "show strength" and "fight like hell." The rampage interrupted the formal congressional certification of Democrat Joe Biden`s election victory and sent lawmakers into hiding for their own safety.

"The Senate must make clear to him and all who follow that a president who provokes armed violence against the government of the United States in an effort to overturn the results of an election will face trial and judgment," the Democratic managers added.

Trump is just the third president to have been impeached, the first to be impeached twice and the first to face trial after leaving office. Members of the 100-seat Senate will serve as jurors in his trial.

Convicting Trump would require a two-thirds majority, meaning 17 Republicans would need to join the Senate`s 50 Democrats in the vote. That presents a daunting hurdle. Last week, 45 of the 50 Republican senators voted in favor of a failed bid to dismiss the impeachment charge as unconstitutional because Trump has left office.

A conviction could lead to a second vote banning Trump from holding public office again.

The Tuesday deadline for a response by Trump comes just days after he parted ways with his initial legal team amid a reported dispute over how to respond to the charge. Trump is still making his false claims of a stolen election.

One of Trump`s recently hired lawyers, David Schoen, called the impeachment process "completely unconstitutional" in an interview with Fox News on Monday but did not outline the former president`s legal strategy.

"I think it`s also the most ill-advised legislative action that I`ve seen in my lifetime," Schoen said. "It is tearing the country apart at a time when we don`t need anything like that."

In their brief, the Democratic impeachment managers said the Senate has jurisdiction to try Trump now because the House impeached him while in office for acts he committed as president.

"There is no `January Exception` to impeachment or any other provision of the Constitution," the managers said.

The brief made no mention of any witnesses the managers planned to call during the trial, though it did cite a phone call Trump placed to Georgia Secretary of State Brad Raffensperger urging him to "find" just enough votes to undo Biden`s victory in that state.

Trump`s first impeachment trial, on charges of abuse of power and obstructing Congress arising from his request that Ukraine investigate Biden and his son Hunter, ended last year in acquittal by the then Republican-led Senate.

A group of Republican former officials rebutted the argument that the trial was unconstitutional in an open letter released on Tuesday.

It is "essential to focus the nation on the gravity of what Mr. Trump did," the group said in a statement.

"It will be a permanent stain on the history of the Republican Party and the legacy of its members in the U.S. Senate if they fail to find a way to hold a president of their party to account for this unprecedented mayhem at our nation`s Capitol," the group wrote.