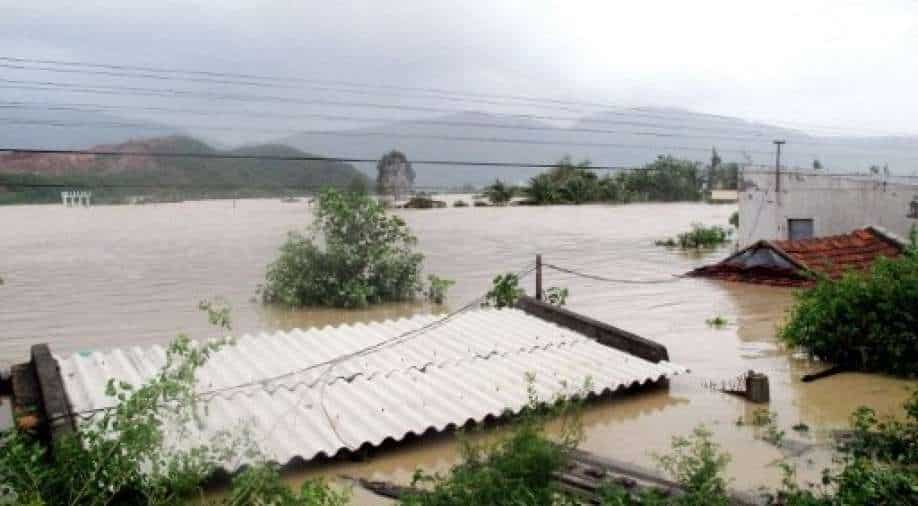 On Friday, Mirinae was around 100 kilometres (62 miles) north of Minamidaito island, near the southern archipelago of Okinawa.

A tropical storm is forecast to hit Tokyo on the last day of the Olympics, organisers said Friday, but did not announce any changes to the competition.

Japan's weather agency warned of strong winds, high waves and the risk of landslides and floods along the eastern coastline from Saturday afternoon to Sunday, when Tropical Storm Mirinae is expected to pass over the capital.

The Olympics closing ceremony is on Sunday evening, with medal events including water polo and rhythmic gymnastics taking place at indoor venues in the city during the day.

Cycling track races are also scheduled in Shizuoka, southwest of Tokyo, while the men's marathon will kick off early Sunday in the far northern city of Sapporo.

"We are firmly and calmly paying attention" to the path of the storm, Tokyo 2020 organising committee spokesman Masa Takaya told reporters.

"It is necessary to inform you objectively so that we can avoid excessive overreaction," he said.

A separate storm hit Japan last week, forcing Games organisers to reschedule some rowing and archery events, although they brought forward the surfing finals to take advantage of strong waves.

On Friday, Mirinae was around 100 kilometres (62 miles) north of Minamidaito island, near the southern archipelago of Okinawa.

It was moving east, packing gusts of up to 108 kilometres per hour (67 miles per hour).

Another tropical storm is hovering in the Taiwan Strait, moving towards Japan.

Japan's typhoon season runs from around May to October, peaking in August and September.

In 2019, Typhoon Hagibis smashed into Japan as it hosted the Rugby World Cup, killing more than 100 people.