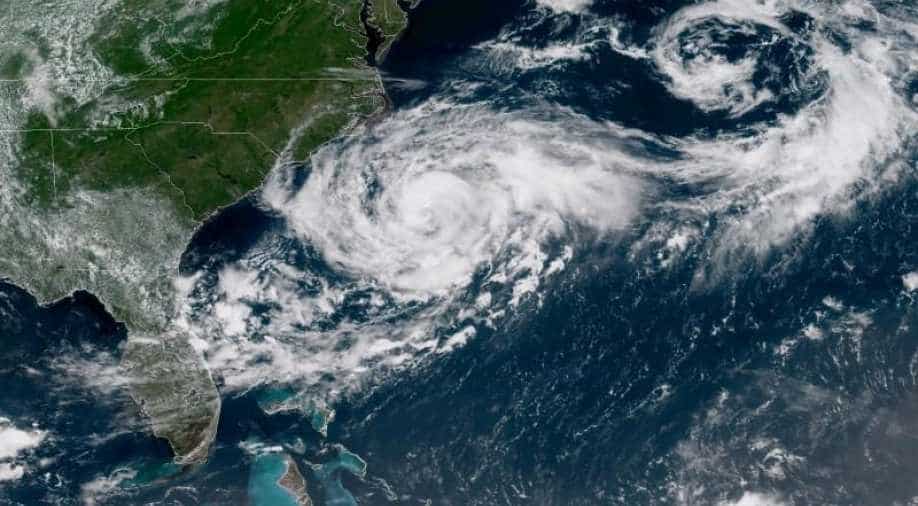 A representative image of a tropical storm Photograph:( Reuters )

The storm, which has been named Tropical Depression One or Tropical Storm Arthur, is moving north-northeastward at 13 mph.

A low pressure system just off the coast of east-central Florida has become a tropical depression, and, to this end, a tropical storm watch has been issued for a portion of the North Carolina coast.

The storm, which has been named Tropical Depression One or Tropical Storm Arthur, is moving north-northeastward at 13 mph.

Two US Air Force Reserve Hurricane Hunter aircraft are scheduled to investigate this system on Sunday to determine how organised the storm is and whether or not it is intensifying.

Showers have lingered over the islands of Grand Bahama and Abaco, which are still struggling to recover after being hit by a Category 5 hurricane last year.

Officials said they were prepared to evacuate patients currently housed in tents in Grand Bahama after Hurricane Dorian damaged the island's hospital.

The storm is forecast to keep the same track.