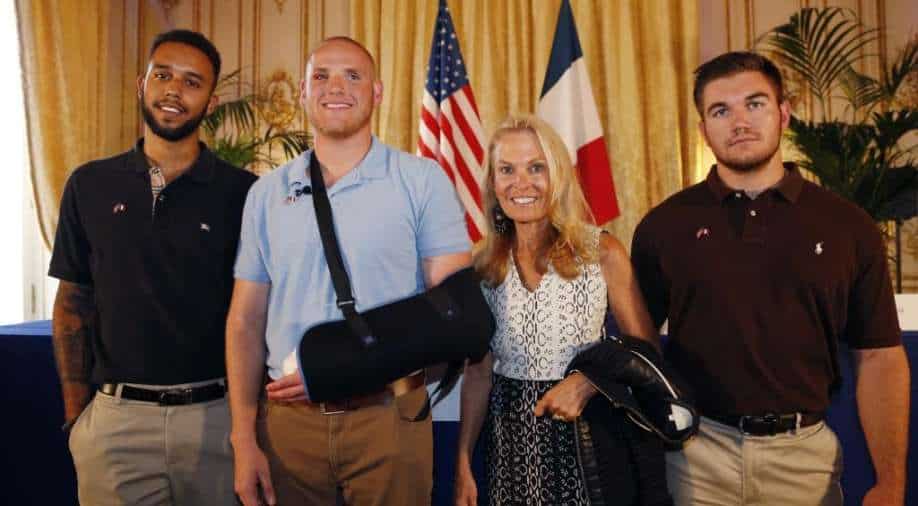 Ayoub El Khazzani was tackled by passengers after emerging heavily armed from a toilet on a Thalys Amsterdam-Paris high-speed train on August 21, 2015.

The trial of a man accused of a foiled terror attack on a Paris train that inspired a Hollywood film begins Monday in France.

Ayoub El Khazzani was tackled by passengers after emerging heavily armed from a toilet on a Thalys Amsterdam-Paris high-speed train on August 21, 2015.

The 31-year-old, who joined the Islamic State group in Syria in May 2015, is charged with "attempted terrorist murder" and will be joined in the dock at the special anti-terror court by three other men accused of helping him.

The passengers included two off-duty US servicemen, whose actions were later made into a film by Hollywood director Clint Eastwood.

"He had 270 rounds of ammunition on him, enough to kill 300 people," according to lawyer Thibault de Montbrial, representing soldiers Spencer Stone and Alek Skarlatos.

The pair tackled and eventually subdued Khazzani in the train carriage -- which was carrying some 150 passengers -- with the help of a friend they were travelling with.

Montbrial added there was no doubt his clients had prevented a "mass attack."

Khazzani does not deny having boarded the train with the intent of committing an attack, but claims he was asked to target only Americans.

His lawyer Sarah Mauger-Poliak claims Khazzani is a changed man who has rejected radical Islamist doctrine and regrets his actions.

The foiled assault took place the same year as Charlie Hebdo satirical magazine massacre, as well as the Bataclan attack on November 13, which claimed 130 lives.

Belgian Abdelhamid Abaaoud is believed to have been one of the masterminds behind both the Thalys and November 13 attacks.

Abaaoud was killed by police in a Paris suburb in November 2015, shortly after he opened fire on a cafe.

The Thalys trial comes at a time of heightened security alert in France following three deadly attacks blamed on jihadists in a month.

"We must remain calm and rigorous regardless of recent tragedies," said Lea Dordilly, a lawyer for co-accused Bilal Chatra, who was 19 at the time of the thwarted train attack.

He was allegedly recruited in Turkey by Abaaoud, and is suspected of being an advance scout for Khazzani in getting into Europe via the migrant trail from Syria.

The trial is scheduled to last until December 17.