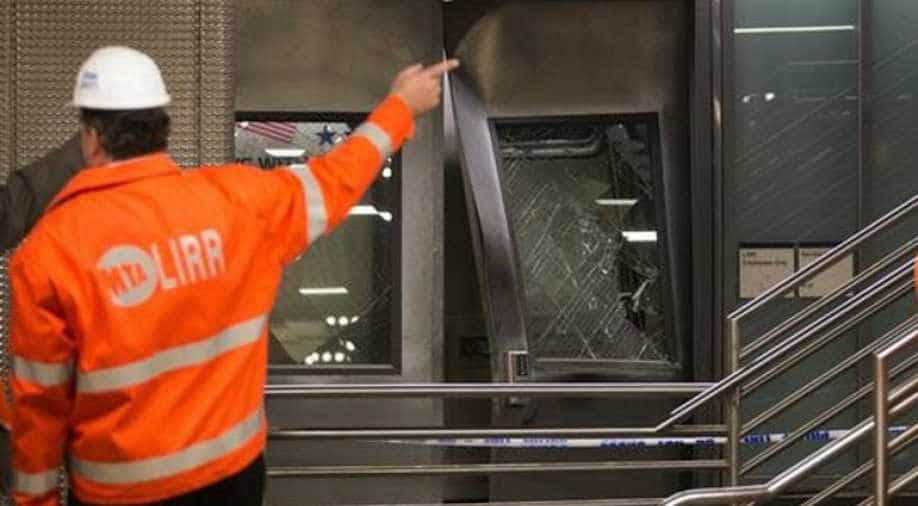 Officials investigate the scene of derailment of a Long Island Railroad train in Brooklyn. Photograph:( Reuters )

A New York commuter train derailed Wednesday during the morning rush at a station in Brooklyn, sparking chaotic scenes and leaving more than 100 people with minor injuries.

The accident at Atlantic Terminal in the heart of the New York borough came less than four months after a fatal crash on another commuter line in New Jersey, when a speeding train derailed and slammed into a station.

Passengers rushed out as smoke filled the tunnel following Wednesday`s crash of a Long Island Rail Road train around 8:30 am (1330 GMT). The impact bent the train`s doors and smashed windows.

Some of the injured were brought out on stretchers.