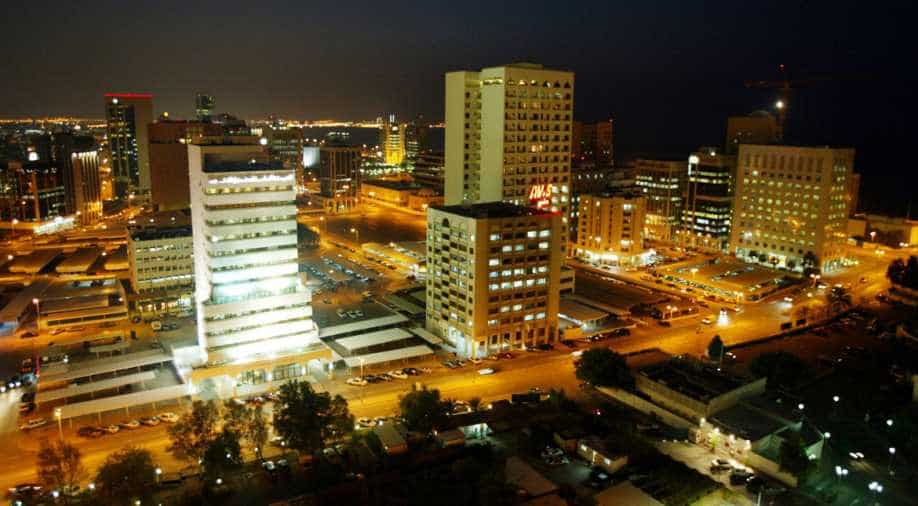 The skyline is seen on November 4, 2002 of Manama, Bahrain. Photograph:( Getty )

Follow Us
Leading Bahraini human rights activist Nabeel Rajab was rearrested on Monday by security forces in the Gulf island state, his family said on Twitter.

Rajab, 51, who was detained in 2014 for tweets deemed insulting to the authorities before his release on health grounds, was apprehended in a dawn raid on his home in the mainly Shiite village of Bani Jamra near Manama, according to his family.

"Rajab was arrested from his house and his house was searched," Sumaya Rajab, his wife, posted on Twitter.

The activist, who has led anti-government marches and heads the Bahrain Centre for Human Rights, had previously served two years in jail for taking part in unauthorised protests.

He was sentenced to six months in jail for his tweets but pardoned in July 2015 after King Hamad issued a royal pardon "for health reasons".

Bahrain, home to the US Navy's Fifth Fleet, has been rocked by unrest since security forces crushed Shiite-led protests in 2011 demanding a constitutional monarchy and an elected prime minister.

Washington had previously called for Rajab's release, while international rights groups have condemned trials against opponents of the Sunni regime.

His arrest comes a week after another leading opposition activist, Zeinab al-Khawaja, fled Bahrain following her release from jail on "humanitarian grounds".

"It pains me to leave, but I leave carrying our cause on my back, and my love for my country in my chest," Khawaja, who left for Denmark where she also holds nationality, said on Twitter.

The Gulf Centre for Human Rights has said Khawaja was jailed for three years and one month on charges including tearing up the monarch's picture and insulting a police officer.

A court in May more than doubled the jail sentence against opposition leader Sheikh Ali Salman, who is now set to serve nine years in prison for charges of inciting violence.