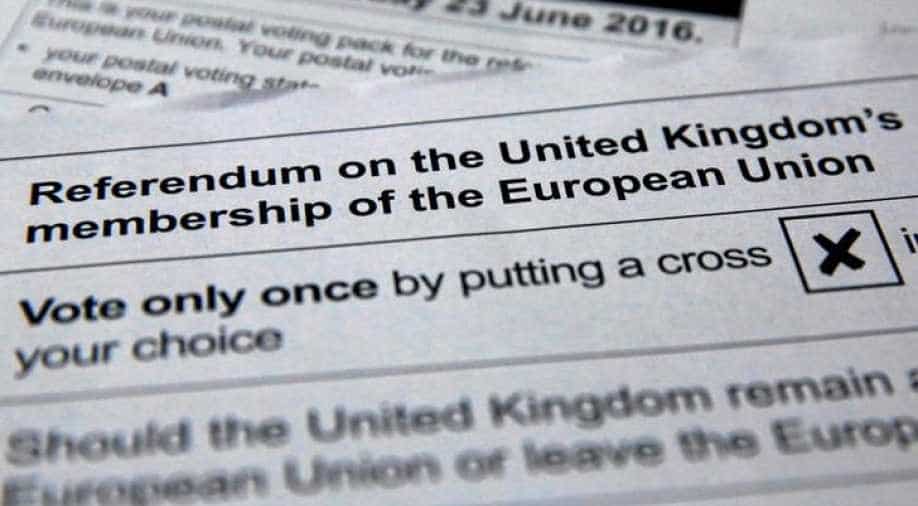 Illustration picture of postal ballot papers June 1, 2016 ahead of the June 23 BREXIT referendum when voters will decide whether Britain will remain in the European Union. Photograph:( Reuters )

Follow Us
British support for leaving the European Union (EU) in a June 23 referendum has risen, giving the Out campaign a lead of two to four percentage points, according to opinion polls by Taylor Nelson Sofres (TNS), a market research and market information group, and YouGov, an international internet-based market research firm.

Sterling fell one per cent against the dollar to hit a three-week low today, while the cost of hedging against swings over the coming month traded at its highest since early 2009 on growing concerns over whether Britain will stay in the European Union.

Sterling fell sharply last Tuesday when both an online and a telephone poll for ICM showed a three-percentage-point lead for the "Leave" campaign.