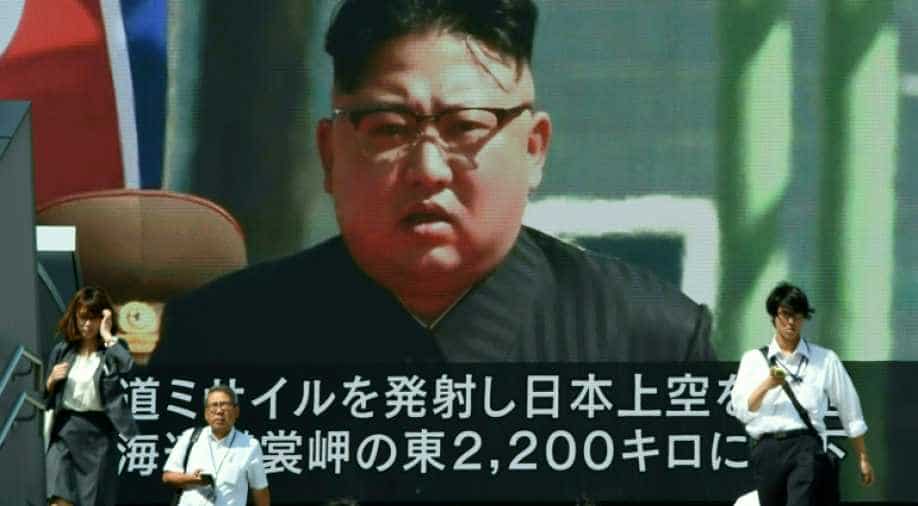 South Korea and the United States, and separately Russia together with?China, started military drills on Monday, in a show of force against North Korea.

Threatening action or rhetoric cannot help resolve the situation on the Korean peninsula, China's foreign ministry said on Tuesday, after US Defense Secretary Jim Mattis hinted about the existence of military options on North Korea.

The North has repeatedly defied the United Nations to conduct nuclear and missile tests, the latest being a mid-range missile fired over Japan on Friday, soon after the reclusive nation's sixth and most powerful nuclear test on Sept. 3.

Asked whether there were any military options the United States could take with North Korea that would not put Seoul at grave risk, Mattis said there were, but declined to give details.

"Developments in the peninsula nuclear issue up to this point prove that, no matter whether it is military threats in words or in action, they cannot promote and advance a resolution," the foreign ministry spokesman, Lu Kang, said.

"To the contrary, it just adds to tensions and makes achieving the goal of denuclearization on the peninsula appear more complicated and difficult to resolve," he added, responding to a question about Mattis' comments at a regular briefing.

Seoul is within artillery range of North Korea, which is also believed to have a sizable chemical and biological arsenal beyond nuclear and conventional weapons.

Any conflict on the Korean peninsula could lead to bloodshed unseen since the 1950-53 KoreanWar, which took the lives of more than 50,000 Americans and millions of Koreans and ended in an armed truce, not a peace treaty.

Military options available to the United States range from non-lethal actions such as a naval blockade to enforce sanctions to waging cyber attacks and positioning new U.S. weaponry in South Korea, where the United States has 28,500 troops.

South Korea and the United States, and separately Russia together with China, started military drills on Monday, in a show of force against North Korea.

The Korean peninsula issue must be resolved peacefully, Chinese foreign minister Wang Yi stressed during a meeting with his Russian counterpart at the United Nations.