They say colleges are censorious. So they are starting a new one. 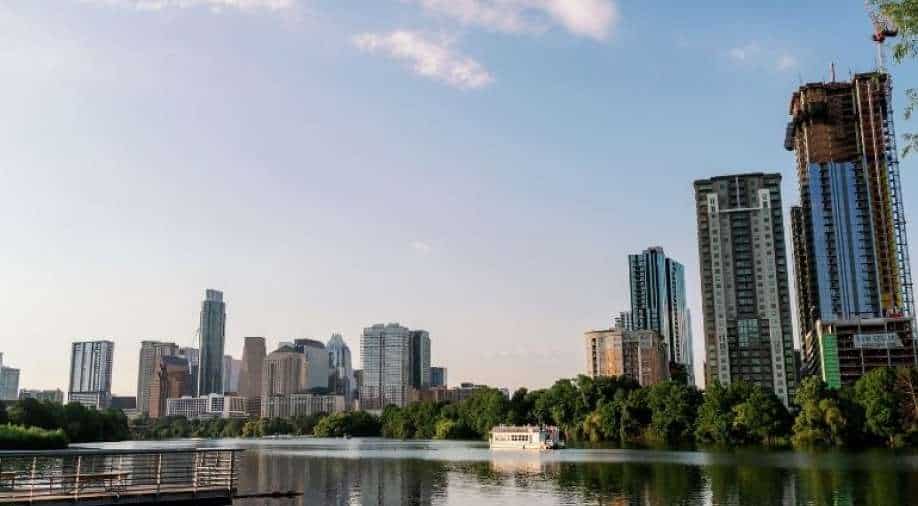 FILE — Apartment towers sprout on the shores of Lady Bird Lake in Austin, Texas, June 17, 2021. A group of scholars and activists are planning to establish a new university dedicated to free speech, to be known as the University of Austin, or UATX for short. (Stacy Sodolak/The New York Times) Photograph:( New York Times )

The planned university is a throwback to tradition in many ways. Contrary to the trend among new universities, it will be based on a physical campus in the Austin area, and classes will be taught in person, its founding documents say.

A group of scholars and activists are planning to establish a new university in Texas dedicated to free speech, alarmed, they said, “by the illiberalism and censoriousness prevalent in America’s most prestigious universities.”

The university, to be known as the University of Austin, or UATX, will have a soft start next summer with “Forbidden Courses,” a noncredit program that its founders say will offer a “spirited discussion about the most provocative questions that often lead to censorship or self-censorship in many universities.”

The university then plans to expand to master’s programs and, in several years, to undergraduate courses.

The planned university is a throwback to tradition in many ways. Contrary to the trend among new universities, it will be based on a physical campus in the Austin area, and classes will be taught in person, its founding documents say.

The university’s inaugural president, Pano Kanelos, former president of St. John’s College in Annapolis, Maryland, said in a phone interview Monday that the concept had begun with conversations he had with a small group of people: Bari Weiss, a journalist who once worked as an Opinion editor for The New York Times; Niall Ferguson, a historian and senior fellow at the Hoover Institution; Heather Heying, an evolutionary biologist; and Joe Lonsdale, a technology entrepreneur and co-founder of Palantir Technologies, a data analytics firm.

The discussion spread from there, Kanelos said, to “others with similar concerns.”

The university attracted withering criticism on social media. Many students and faculty members believe that universities should not invite speakers who do not share their values on social issues such as racial injustice; their words, they believe, can slide into harassment and hate speech.

The prospective university’s board of advisers features some of the most prominent iconoclasts in the country, including Lawrence Summers, a former Harvard president; Steven Pinker, a Harvard linguist and psychologist; playwright David Mamet; and Glenn Loury, an economist at Brown.

On Monday, in an essay for Weiss’ newsletter, Common Sense With Bari Weiss, Kanelos wrote: “So much is broken in America. But higher education might be the most fractured institution of all.”

In the interview from his new headquarters in Austin, Kanelos said “people are self-censoring and not having the kind of vivid discussions that used to be the hallmark of higher education — there’s just been a kind of flattening.”

He said this was being felt not just by faculty, but by students, “who more and more would talk about keeping their head down.”

It was unclear from the prospective university’s manifesto whether the founders would be able to translate a provocative idea into a viable institution, especially at a time when educational issues are divisive and partisan.

The university had expected to need six months to a year to raise the $10 million in seed money needed for strategic planning and startup programs, Kanelos said, but it ended up raising that amount in six weeks. It is in the process of raising $250 million and is looking at several sites for the campus, he said, and is hiring “faculty fellows” who will help design the curriculum and teach in the summer program.

Kanelos, who describes himself as a Shakespeare scholar and “old soul,” said he was pleased by the uproar over his announcement. “I’m just delighted that people are paying this much attention to higher education,” he said.

Pinker said in an email that he had been asked to join the board by Ferguson, a friend and former colleague. He stressed that his role was only advisory, and that he had no plans to teach a course.

“I think new models for a university are important,” Pinker said, “because current universities are locked into a strange business model: exorbitant tuition, a mushrooming bureaucracy, and obscure admissions policies that are neither meritocratic nor egalitarian, combined with plummeting intellectual diversity and tolerance for open inquiry (which is, after all, a university’s raison d’etre).”

Pinker, like others on the board of advisers, has experienced the polarizing atmosphere of academia firsthand, but he said “this is not about me.”

Part of the university’s mission, Kanelos said, would be to provide a liberal arts education at a more modest cost than tuition at many top-tier institutions.

“I would like it to be less than $30,000 a year for sure,” he said. The university would pare down costs by peeling away anything that did not have to do with the classroom, such as administrative overhead and cushy amenities, he said.

And he said the idea was not just to provide a diverse forum for professors, but to liberate students to bring up unpopular views. The “Forbidden Courses” program, he said, would bring professors from different sides of the political spectrum to the same classroom and “help students come up with their own opinions and ideas.”

Kanelos said that a “bean counter” might count more people from the right currently associated with the project, but that it was not necessarily the goal. Many people, however, appeared to associate the project with right-wing views, despite the protests of Kanelos and others that it was about academic repression.

As the news of the project broke, one member of the advisory board, E. Gordon Gee, president of West Virginia University, sent out a letter to his campus community, seeking to explain his involvement.

“I have always stated that we need to improve quality while reducing costs, and that we must always be a place of free expression and dialogue,” he wrote.

But he distanced himself from some of the more provocative statements by the university’s backers.

“Serving in an advisory capacity does not mean I believe or agree with everything that other advisers may share,” Gee wrote. “I do not agree other universities are no longer seeking the truth nor do I feel that higher education is irreparably broken. I do not believe that to be the case at West Virginia University.”

John Tomasi, incoming president of Heterodox Academy, which promotes a diversity of views on campus, said he saw something very American about the combination of what he called “edginess” and a search for “truth” in the mission of the new university. “It’s an interesting cocktail of typically American ingredients — defiance and optimism,” he said.