These were the 49 victims 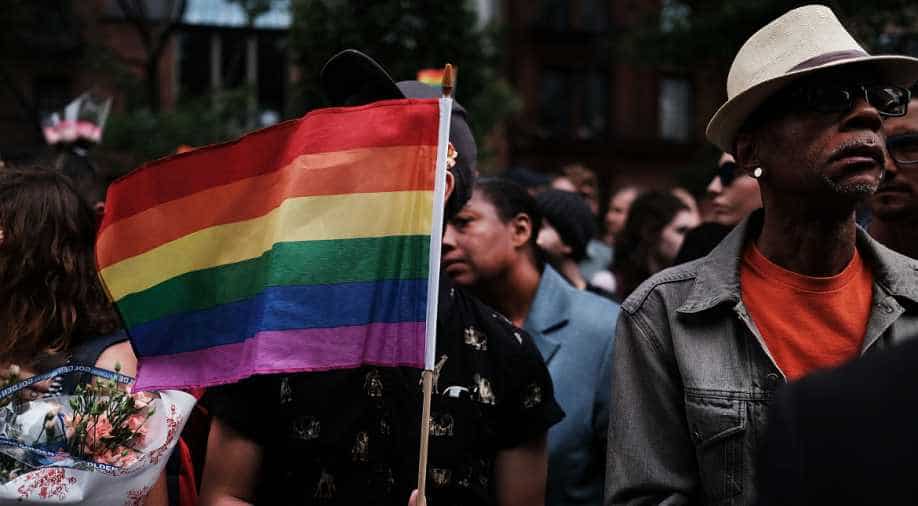 Mourners listen to speakers at a memorial for those killed in Orlando in front of the iconic New York city gay and lesbian bar The Stonewall Inn. Photograph:( Getty )

A day before the Orlando, Florida, nightclub massacre, Luis Vielma, 22, updated his Facebook profile with a picture of himself standing with young people in front of a Disney castle and a caption that read: "True friends who become family."

By Sunday night, his profile was altered to "Remember Luis Vielma" after police confirmed he was among 50 people killed in the deadliest mass shooting in U.S. history.

As authorities frantically tried to notify all the relatives, the Orlando Police Department began publishing the names of victims on a city website on Sunday afternoon.

Among them was Vielma, who worked part-time as a rides attendant at the Harry Potter and the Forbidden Journey theme park ride, while studying physical therapy at Seminole State College, according to his Facebook profile.

Police killed the gunman, who was identified as Omar Mateen, 29, a New York-born Florida resident and U.S. citizen who was the son of immigrants from Afghanistan, and officials were probing evidence suggesting the attack may have been inspired by Islamic State militants.

The sheer number of deaths appeared to overwhelm officials in Orlando, a city of 270,000 people. Orlando police asked mourners to hold off on vigils as they were understaffed to police them.

"We understand our community is grieving and that vigils are being planned but PLEASE hold off on vigils – they represent a serious strain on our limited resources, which we need to dedicate to law enforcement and victims," the city posted on its official Twitter handle.

Sotomayor was a marketing manager at a Sarasota, Florida-based gay-themed travel company. His boss, Al Ferguson, said Sotomayor's partner was outside the nightclub putting something in the car when the shots rang out.

He got a text from Sotomayor telling him he was safe in the bathroom and not to come back into the club. Sotomayor texted again 20 minutes later to say he was OK. That was the last his partner heard from him, Ferguson said.

Sotomayor was a legend in the industry, Ferguson said. He booked tours for entertainer and drag queen RuPaul and put together the first gay cruise to Cuba last year. He was going to announce a second trip on Sunday, but was killed.

"Anyone who booked gay cruises knew Sotomayor," Ferguson told Reuters. "He was a great man."

"I loved you on so many levels. You were SO SO special and will never be forgotten," she wrote. "I promise you that."

Neighbors of Almodovar, a 23-year-old pharmacy technician, said his parents had recently moved back to Puerto Rico after his mother became ill with cancer. He was the youngest in the family.

The Facebook page for Almodovar, of Clermont, Florida, was flooded with shocked tributes. "We'll miss you Stanley. You made an impact on everyone that you came around. A good person and friend,” wrote Mark Nielsen of Deltona, Florida.

Images posted to Almodovar's wall over the years showed him socializing with dozens of friends.

"I will always remember you," Jeannette Molina wrote. "Your beautiful personality and spirit."