The rise and fall of 'El Chapo,' Mexico's most wanted gangster 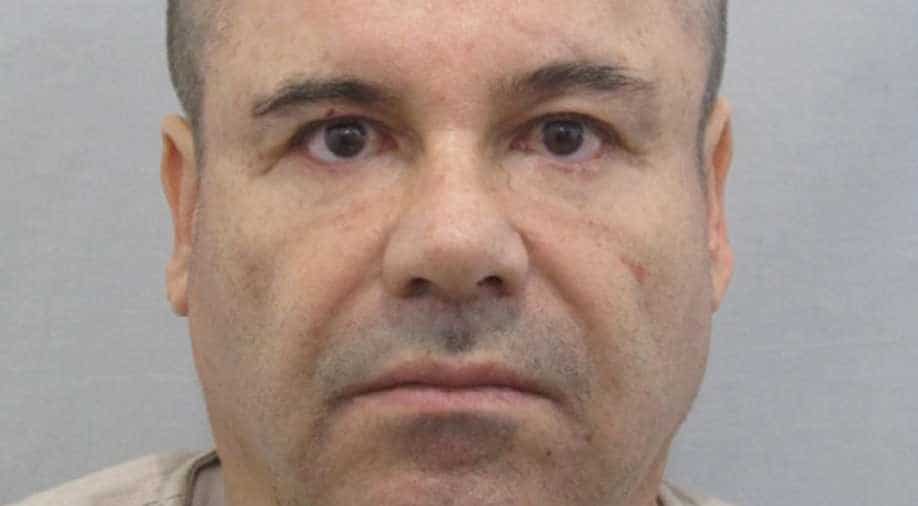 Jurors on Tuesday found Guzman guilty of all 10 counts, including running a criminal enterprise, in a trial that began in November in New York.

The 61-year-old now faces the prospect of life in prison.

Jurors on Tuesday found Guzman guilty of all 10 counts, including running a criminal enterprise, in a trial that began in November in New York.

The audacious exploits of "El Chapo," or "Shorty," captured the world's imagination and turned him into a folk hero for some in Mexico, despite the thousands of people killed by his brutal Sinaloa cartel.

Beyond putting Guzman's personal life and drug dealings on public display, the case has also highlighted Mexico's longtime fight to bring down its chief adversary in the bloody war on drug trafficking.

In January 2016, after some three decades running drugs, Guzman was caught in his native northwestern state of Sinaloa.

Six months earlier, he had humiliated Mexico's then-president, Enrique Pena Nieto, by escaping from prison through a mile-long (1.6-km-long) tunnel dug straight into his cell and equipped with a motorbike - his second time escaping a Mexican penitentiary.

Just days after his 2016 capture, Guzman's larger-than-life reputation was sealed when US movie star Sean Penn published a lengthy account of an interview he conducted with the drug lord, which the Mexican government said was "essential" to his capture a few months later.

"I supply more heroin, methamphetamine, cocaine and marijuana than anybody else in the world. I have a fleet of submarines, airplanes, trucks and boats," Penn said Guzman told him at the drug lord's mountain hideout.

Mexico's government extradited Guzman in January 2017, a day before Donald Trump took office as US president on vows to tighten border security to halt immigration and drug smuggling.

Guzman's legendary reputation in the Mexican underworld began taking shape when he staged his first jailbreak in 2001 by bribing prison guards, before going on to dominate drug trafficking along much of the Rio Grande.

However, many in towns across Mexico remember Guzman better for his squads of hit men who committed thousands of murders, kidnappings and decapitations.

Violence began to surge in 2006 as the government launched a war on drug trafficking that splintered criminal groups and sent killings spiralling. Mexico has registered more than 250,000 homicides since then, including a record number of killings last year.

Guzman's Sinaloa Cartel went on smuggling hundreds of tonnes of heroin, cocaine, marijuana, and crystal meth across Mexico's border with the United States.

In February 2013, the Chicago Crime Commission dubbed him the city's first Public Enemy No.1 since Al Capone.

Security experts concede the 5-foot-6-inch (1.68 meter) gangster was exceptional at what he did, managing to outmanoeuvre, outfight or outbribe his rivals to stay at the top of the drug trade for over a decade.

Rising through the ranks of the drug world, Guzman carefully observed his mentors' tactics and mistakes, forging alliances that kept him one step ahead of the law for years.

Mexican soldiers and US agents came close to Guzman on several occasions, but his layers of bodyguards and spies always tipped him off before they stormed his safe houses.

In preparing for a raid in 2014, US officers restricted information to a small group for fear of corruption among Mexican law enforcement, Drug Enforcement Administration agent Victor Vasquez testified in Guzman's trial.

Guzman was born in La Tuna, a village in the Sierra Madre mountains in Sinaloa state where smugglers have been growing opium and marijuana since the early 20th century.

He ascended in the 1980s, working with Miguel Angel Felix Gallardo, alias "The Boss of Bosses," who pioneered cocaine smuggling routes into the United States.

The aspiring capo came to prominence in 1993 when assassins who shot dead Roman Catholic Cardinal Juan Jesus Posadas claimed they had actually been aiming at Guzman.

Two weeks later, police arrested him in Guatemala and extradited him to Mexico. During his eight-year prison stay, Guzman smuggled in lovers, prostitutes and Viagra, according to accounts published in the Mexican media.

After escaping, Guzman expanded his turf by sending in assassin squads with names such as "The Ghosts" and "The Zeta Killers," in reference to the rival Zetas gang.

Guzman hid near his childhood home, agents said, but rumours abounded of him visiting expensive restaurants and paying for all the diners.

In 2007, Guzman married an 18-year-old beauty queen in an ostentatious ceremony in a village in Durango state.

The state's archbishop subsequently caused a media storm when he said that "everyone, except the authorities," knew Guzman was living there. Guzman's bride, Emma Coronel, gave birth to twins in Los Angeles in 2011.

She attended nearly every day of her husband's trial in New York, at one point donning a red blazer that matched his own.

Between 2004 and 2013, Guzman's gangs fought in all major Mexican cities on the US border, turning Ciudad Juarez and Nuevo Laredo into some of the world's most dangerous places.

In one such attack, 14 bodies were left mutilated under a note that read, "Don't forget that I am your real daddy," signed by "El Chapo."

In the 1990s, Guzman became infamous for hiding several tonnes of cocaine in cans of chili peppers. In the following decade, his crew took drugs in tractor-trailer trucks to major US cities, including Phoenix, Los Angeles and Chicago, indictments say.

Forbes magazine put the kingpin's wealth at $1 billion, though investigators say it is impossible to know exactly how much he was worth.