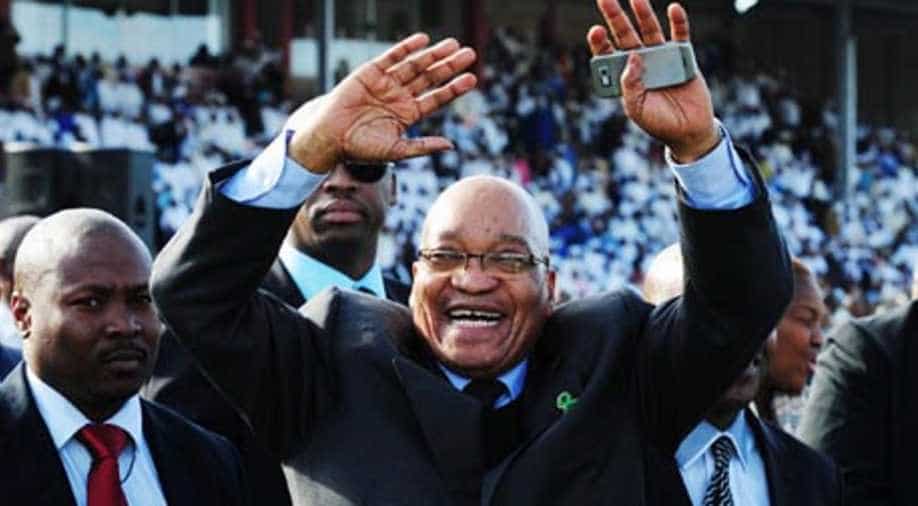 Jacob Zuma kicked off the new year by declaring that God was on the side of the ruling African National Congress Photograph:( Others )

Jacob Zuma kicked off the new year by declaring that God was on the side of the ruling African National Congress (ANC). Speaking last week, ahead of the ANC’s 105th birthday celebrations (January 8) which took place at the Orlando Stadium in Soweto, he reiterated a statement he has made several times before – that the party will rule till Jesus comes. This time he went even further, hitting back at the party’s detractors by declaring: ‘We believers never forget that, just like the son of man who came to wash away all of our sins, the birth of the ANC happened to free the people who were oppressed.’

By implication, it would seem, any President of the ANC must be pretty well in with God, and those against him, on the side of the Devil.

Put aside, for the moment, any thought of whether Zuma actually believes this twaddle. Consider instead that it actually fits the liberation movement cosmology of the ANC.

In the beginning, there was the Garden of Eden, centred in Merrie South Africa, an ancestral land blessed by plenty, peace, wealth, comfort and ubuntu. Then came the Fall. Originally Africans had had the land, and the Whites had come with the Bible.

Colonialism and apartheid saw the Whites grab the land, leaving the Blacks with the Bible. But then along came the ANC, with many clerics at its head, its fore-ordained mission to restore South Africa to its rightful owners. And save South Africa it did, leading the country to redemption in 1994 under the messianic leadership of Nelson Mandela.

Alternatively, of course, there is the secular version of much the same story, told in psuedo-scientific, Soviet-style Marxist language. This time round, the vehicle of salvation is the class alliance of the ANC with the South African Communist Party.  Simultaneously, there would be a struggle for national liberation and socialism. Now redemption comes in two stages: first, that of the national democratic revolution, and only then, the heaven-on-earth of socialism.

Common to both versions is the certainty of history. It is the ANC that represents the people, and knows their true interests and destiny. Even if, on occasion, it follows the wrong path, as the chosen instrument of Providence it will find its way back to the straight and narrow.

All other parties are, therefore, imposters, and are therefore bound to be vanquished for the ANC and the people are one.

All other parties are, therefore, imposters, and are therefore bound to be vanquished for the ANC and the people are one. The ANC will, therefore, rule until the End of History, or Jesus’ second coming. Which is why, in a previous speech late last year, Zuma had felt confident enough to tell churchmen who had become critical of the ANC to stay out of politics and stick to religion. It is only the ANC, apparently, which is entitled to blur the two. As far as Zuma is concerned, ANC is the historic bearer of Good News.

For as the ANC slogan had it at the last general election in 2014, the party had ‘a good story to tell’. It is a good thing for, in his message to the ANC at its birthday bash, Zuma had little or nothing to say. He acknowledged South Africa had been going through hard times – mostly, he said, because of hostile global conditions – but assured the faithful that a continuous pursuit of ANC policies of ‘transformation’ would lead to better times ahead.

However, the problem for Jacob Zuma’s political theology is that far too many members of the ANC have been experiencing a dramatic loss of faith. They look back in fondness to the years of the struggle against apartheid when the ANC – whatever its earthly faults was, recognisably and unequivocably,  on the side of right and the righteous. It had more saints than sinners, and its ethos was one of duty, self-abnegation and sacrifice. The individual was as nothing; the movement, the struggle, was everything.

Yet, now they look at the ANC of Jacob Zuma, and see little else but a leader and his acolytes deeply mired in corruption, the party torn apart by factionalism, and selfishness rampant. The interests of the people, they say, have been forgotten. The party must, therefore, ‘self-correct’ – and do so quickly if it is to win back its sheep who have strayed.

Is there a Martin Luther within the ranks of the ANC willing to risk all and to nail his manifesto of reform to the church door?

However, the problem for Jacob Zuma’s political theology is that far too many members of the ANC have been experiencing a dramatic loss of faith.

If so, it is becoming increasingly difficult to see one. Cyril Ramaphosa has recently positioned himself as the reform candidate to replace Zuma when his term as party President expires in December 2017. He took a firm stand against corruption just prior to the ANC’s birthday.

By openly decrying the perversion of the party’s electoral processes, bewailing votes bought by money stuffed in the boots of cars, and deploring ‘state capture’, he puts clear distance between himself and Zuma.

However, Ramaphosa does not make a very convincing reformer. Not only has he previously kept as quiet as a church mouse as Zuma has lurched from scandal to scandal, but he lacks a significant congregation within the ANC. Nor is it likely that his major rival in the succession race, Nkosazana Dlamini-Zuma, the president’s ex-wife, would get to grips with the corruption and patronage that has sunk deep into the ANC.

As Nkosazana would have been placed in power by Zuma’s own disciples in order to defend their interests and keep their boss out of jail, she would be too deeply compromised to drive the money-changers from the temple. It seems, unlikely, therefore that the ANC will able to cleanse its soul and present itself as a credible saviour to the voters in the general election in 2019.

It is true, certainly, that the ANC may be able to use its considerable powers of persuasion to lure some lost sheep to the polls. Yet, many will not only stay away but cast their votes elsewhere, throwing an ANC victory into question. Zuma may preach that with God on its side, the ANC will never fail. Yet with the ANC in its present state of decline, God seems an unlikely backer at the next general election. God, it would seem, is not an ANC loyalist, but rather a floating voter. 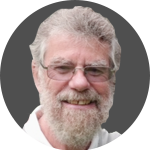 Roger Southall is Emeritus Professor in Sociology, University of the Witwatersrand. His most recent book is 'The New Black Middle Class in South Africa'.