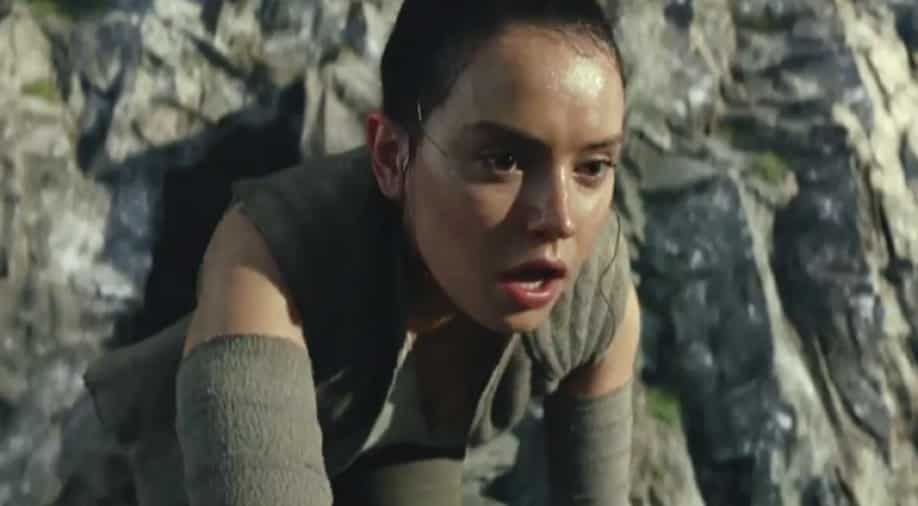 A screen grab from the trailer. Photograph:( Others )

Excitement is at its peak and fans are literally counting days to December 15th as Star Wars: The Last Jedi is all set to release.

The new trailer was released on Wednesday and gave us some more awe-inspiring moments. The trailer was in fact shown during the half-time of American football game between the Minnesota Vikings and the Chicago Bears.

The trailer gives glimpses of a few new shots from the film which is releasing two years after the incredible 'Star Wars: The Force Awakens' released. The Last Jedi features Daisy Ridley, Mark Hamill, Adam Driver and John Boyega.

One the biggest takeaways from the new trailer is Luke Skywalker's looming presence throughout. The trailer ends with Luke saying "This is not going to go the way you think," as the trailer cuts across to Rey's face, raising her lightsaber in what appears to be a victory over Jedi master.