The college-entrance exam is 9 hours long. COVID-19 made it harder. 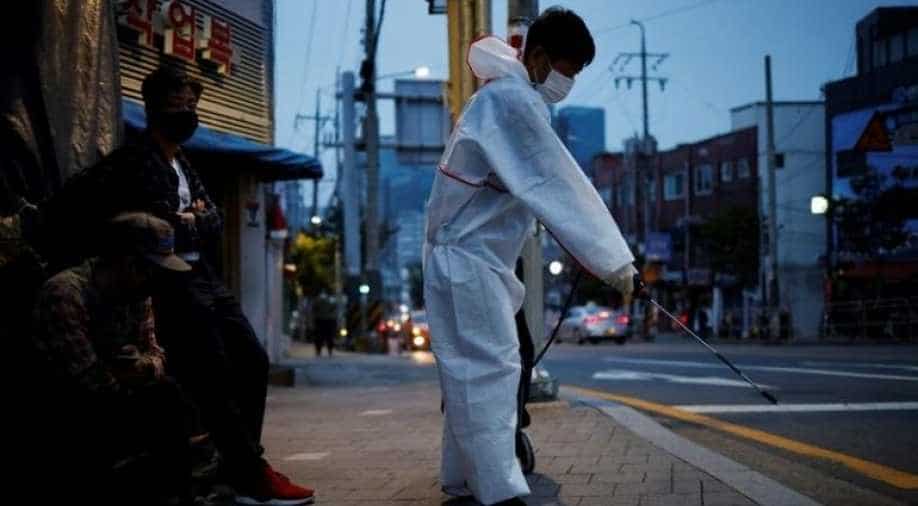 Government-run health clinics stayed overnight to test students and screen anyone infected with the virus at the last minute. Those with a fever or sore throat were escorted to separate rooms to take their exams

SEOUL, South Korea — Nearly a half-million South Korean high school seniors hunkered down on Thursday to take an annual university-entrance exam they had been preparing for since kindergarten — a nine-hour marathon of tests that could decide their futures.

But this year, the government had to ensure the exam did not become a super-spreader event for the coronavirus.

For days, health officials in full protective gear had repeatedly disinfected 31,000 classrooms where the exam was to take place.

All students had to get their temperature taken before entering the classrooms. They sat at desks separated by plastic dividers and wore masks throughout the test.

Government-run health clinics stayed overnight to test students and screen anyone infected with the virus at the last minute. Those with a fever or sore throat were escorted to separate rooms to take their exams. At least one student showed up in full protective gear for fear of catching the coronavirus.

“I came early because I feared that I might be caught in a traffic jam,” another student, Kim Mun-jeong, told the cable channel JTBC. “I also wanted to check into the test-taking room sooner than other students to get myself familiarized with it and gain composure.”

In this education-obsessed country, it’s hard to overestimate the importance of the College Scholastic Ability Tests, or suneung, in the life of a South Korean student.

Most universities select their students based largely on the test scores of the single standardized year-end exam. Diplomas from a few top universities like Seoul National can make a huge difference when applying for jobs and promotions. Many students who fail to enter the universities they covet take the tests again and again in the following years, often living and studying in institutes with militarylike discipline.

Exam day is also a day when the country collectively wrings its hands and much of life is put on pause.

All banks, businesses and government offices delayed opening their doors by an hour to lessen road traffic. All planes were grounded and all military guns silenced for half an hour for fear they might interrupt students focused on an English listening-comprehension test. In the Jogyesa Buddhist temple in Central Seoul, parents lit candles and burned incense as they prayed for the success of their children taking the exam.

The pandemic has added new twists and an extra layer of anxiety and suspense to the grueling test. South Korea is grappling with a third wave of coronavirus infections, with health officials reporting some of the highest daily caseloads the country has seen. In the past week, the country has reported 438 to 581 new cases per day, including 540 on Thursday.

“Exam-takers and their parents, who have been supporting them, have had a tougher time this year than ever because of COVID-19,” said Prime Minister Chung Sye-kyun, referring to how the pandemic has upended school life. “We must do everything we can to make sure that the students take their exam safely, and prepare for any emergencies that can happen during the exam day.”

Suneung usually takes place in mid-November, but the test was pushed back by two weeks because the pandemic delayed school openings by a month in spring. Officials took extra precautions to make sure students reached the exam sites safely and on time.

On Thursday, police officers with motorcycles were dispatched to pick up those running late for the test.

Even those who tested positive for the virus got the chance to take the college-entrance exam. The Education Ministry and health officials prepared negative-pressure hospital chambers at the Seoul Medical Center and 24 other hospitals so that 35 students with COVID-19 could take their exams while exam administrators wearing Level-D protective suits kept watch. Nurses also kept a close eye on the students through closed-circuit television screens for signs of trouble.

More than 400 students under a two-week quarantine were also allowed to sit for the test in the specially prepared facilities.

The importance of suneung can be traced back to the destitute decades following the Korean War, when families saw education as the ticket for their children to escape poverty. The country’s razor-sharp focus on education is often cited for helping its dramatic postwar transformation, going from one of the world’s poorest under dictatorship to one of its richest democracies.

Today, young South Koreans are among the world’s most highly educated. In 2017, 70% of the country’s population of 25- to 34-year-olds had a tertiary education, according to the Organization for Economic Cooperation and Development.

Many families start preparing their children from kindergarten, enrolling them in after-school cram sessions or hiring private tutors to elevate their math and English-language skills. Wealthy families fork over thousands of dollars a month to help their children, creating a multibillion-dollar exam-preparation industry and eroding a once widely held belief among poorer families that college-entrance exams were a great equalizer for social mobility.

The exam has been linked, however, to troubling trends.

The soaring educational costs are often blamed for the country’s low birthrates, as families felt they could not afford to finance the education of multiple children. Suicide is the No. 1 cause of death for South Koreans between the ages of 10 and 29. And when analysts discuss the country’s suicide rates, among the world’s highest, they often cite the extreme level of stress caused by the exam.

In past years, while the rest of the country would fall silent on suneung day, early morning scenes in front of school-turned-test-sites could be raucous. As students arrived bundled up against the cold, junior high school students would chant slogans, unfurl placards, beat drums and hand out sticky rice taffy called “yeot” — all for good luck.

Such scenes have all but vanished this year because of social distancing rules. As elsewhere, school life in South Korea has been thrown off balance, with health officials placing limits on the number of students allowed into the classroom or closing schools altogether and switching to online instruction as the outbreaks raged and subsided.

On Thursday, mothers silently accompanied their children to the test sites, hugging them and whispering, “Good luck!” at the gates. Fathers held rosaries as they prayed at school walls.

For those who finish the exams, the official test results will come out on Dec. 23.

But students can get an inkling of how well — or poorly — they have done as soon as they leave the test site. A government website reveals preliminary answers to all the questions as soon as each section of the nine-hour exam is completed.