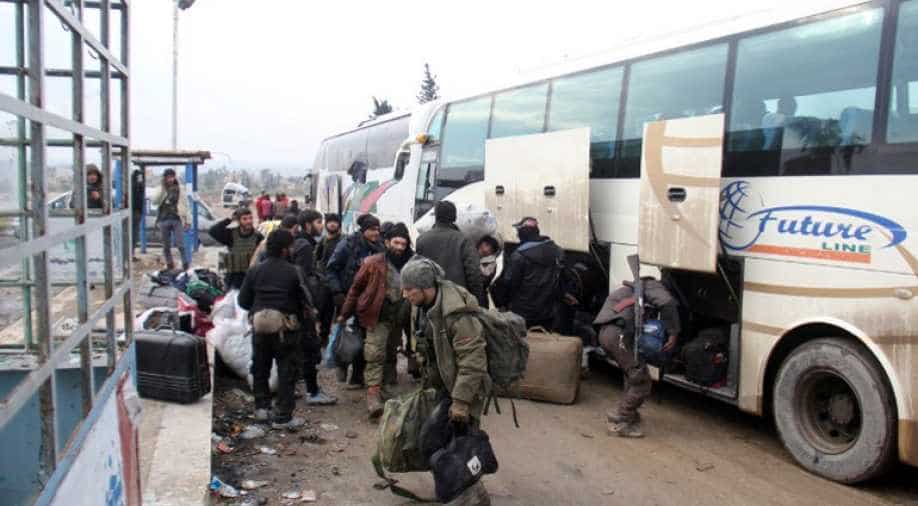 The announcement was made after the last group of rebel fighters were evacuated from the war-torn city. Photograph:( AFP )

The Syrian army on Thursday said has full control of  Aleppo, the government's biggest achievement in nearly six years of fighting.

The announcement was made as the last of the rebel fighters were evacuated from the war-torn city.

"The liberation of Aleppo is not only a victory for Syria but also for those who really contribute to the fight against terrorism, notably Russia and Iran," state news agency SANA quoted President Bashar al-Assad as saying on Thursday.

According to the Red Cross, more than 4,000 rebel fighters have been evacuated during the final stages of the evacuation process.

The loss of east Aleppo is the biggest blow for the rebel fighters since the conflict began in 2011, which left more than 310,000 people dead.

However, the evacuation process was met with difficulties, due to heavy snowfall and fall in temperatures..

"Overnight between Wednesday and Thursday, in one of the last stages of the evacuation, more than 4,000 fighters were evacuated in private cars, vans, and pick-ups from eastern Aleppo," said Ingy Sedky, the spokeswoman in Syria for the International Committee of the Red Cross.

Sedky said about 34,000 people had left rebel areas of Aleppo under the evacuation plan.