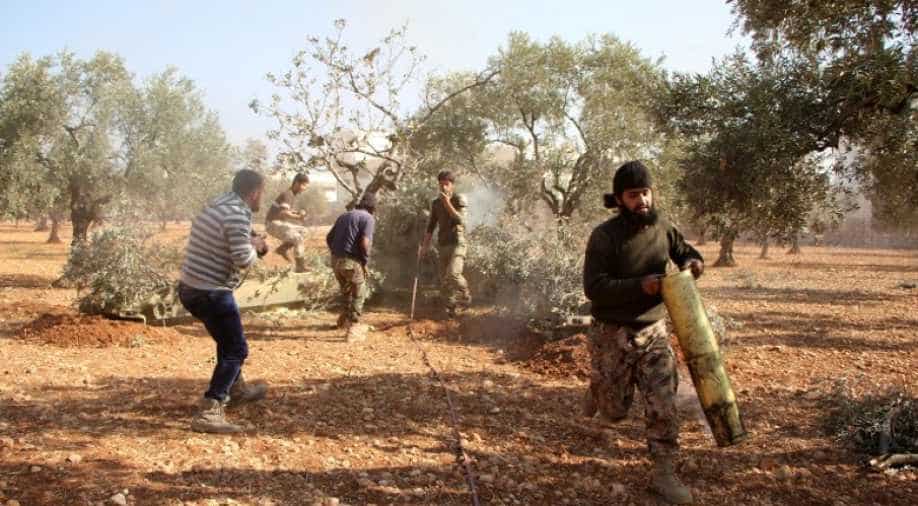 'This is completely out of the question. We will not give up the city of Aleppo to the Russians and we won't surrender,' said one rebel. Photograph:(AFP)
Follow Us

Russia on Wednesday told Syrian rebels in Aleppo to leave by Friday evening, indicating a moratorium on air strikes in the war-battered city.

The Russian defence ministry said that rebels would be allowed to exit the city unharmed and with their weapons on November 4 between 0900 and 1900 local time through two special corridors.

The ministry, which is helping forces loyal to President Bashar al-Assad, also said civilians and the wounded would be allowed to leave through six different corridors.

The Syrian army followed by releasing a similar statement later on Wednesday calling on rebels to hold fire and “use this opportunity” to leave the city with their “small arms”, AFP reported.

Rebels have,however, rejected the calls and denied there were corridors, a member of an Aleppo-based insurgent group told Reuters.

"This is completely out of the question. We will not give up the city of Aleppo to the Russians and we won't surrender," Zakaria Malahifji of the Fastaqim rebel group told Reuters.

The Russian Defence Ministry added  that rebels inside Aleppo had taken heavy losses during the fighting and were effectively trapped.

"All attempts by the rebels to break through in Aleppo have failed," the ministry said. "The terrorists have suffered heavy losses in lives, weapons and equipment. They have no chance to break out of the city," news agencies reported.