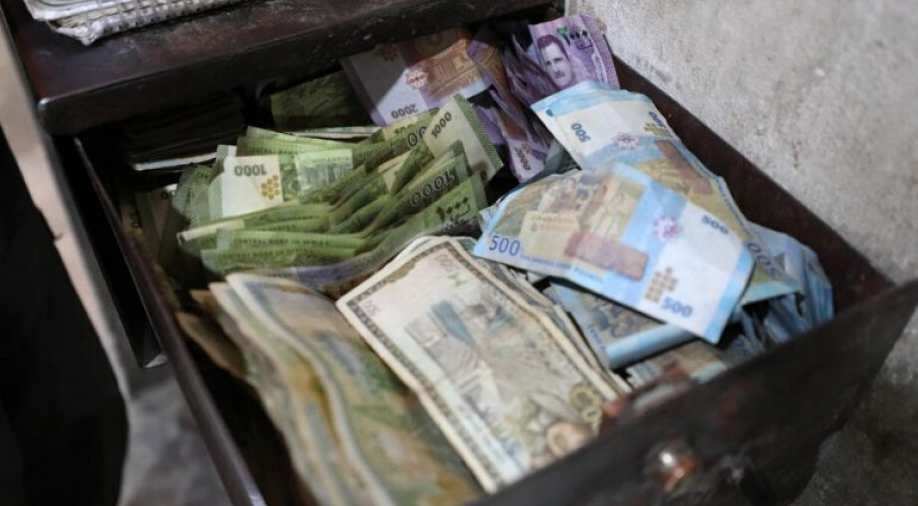 Syrian pound notes are pictured in the town of Binnish in the country's northwestern Idlib province on June 9, 2020 Photograph:( AFP )

The central bank raised the official exchange rate from 704 to 1,256 Syrian pounds

Syria's central bank devalued the Syrian pound on Wednesday giving in to weeks of depreciation on the black market as new US sanctions took effect.

The central bank raised the official exchange rate from 704 to 1,256 Syrian pounds to the dollar, in a statement published on its social media pages.

The previous rate had been in force since March.

Also read: China shows greater interest in Syria amid coronavirus pandemic and deteriorating ties with the US

Earlier this month, the war-torn country's currency hit a record low on the black market of around 3,000 pounds to the dollar, sparking rare protests, before appreciating slightly after an apparent injection of dollars.

On Wednesday, the rate on the parallel market stood at around 2,600 to 2,800 pounds to the dollar, traders told AFP.

The devaluation comes as the United States prepares to implement new sanctions this week under the Caesar Act, targeting foreigners doing business with the Damascus government, as well as reconstruction of the country.

Zaki Mehchy, a senior consulting fellow at the London-based Chatham House think tank, said the central bank was trying to minimise the gap between the official and black market rates.

"It is trying to encourage people to use the official channel instead of the black market," he said.

But the pound would probably continue its slide, punctuated by short periods of appreciation, he said.

Syria's economy has been battered by nine years of war, and is now reeling from the knock-on effects of a financial crisis in neighbouring Lebanon that has stemmed the flow of dollars into government-held areas.

Analysts have said the recent lows on the black market are likely due to worries ahead of the introduction of new US sanctions, and the sudden fall from grace of tycoon and cousin of the president, Rami Makhlouf, which has set other top businessmen on edge.

The Damascus government has long blamed the country's economic crisis on international sanctions.

Last week, President Bashar al-Assad sacked his prime minister of four years after criticism of the government's handling of the crisis.

Before the conflict, the exchange rate stood at 47 Syrian pounds to the dollar.