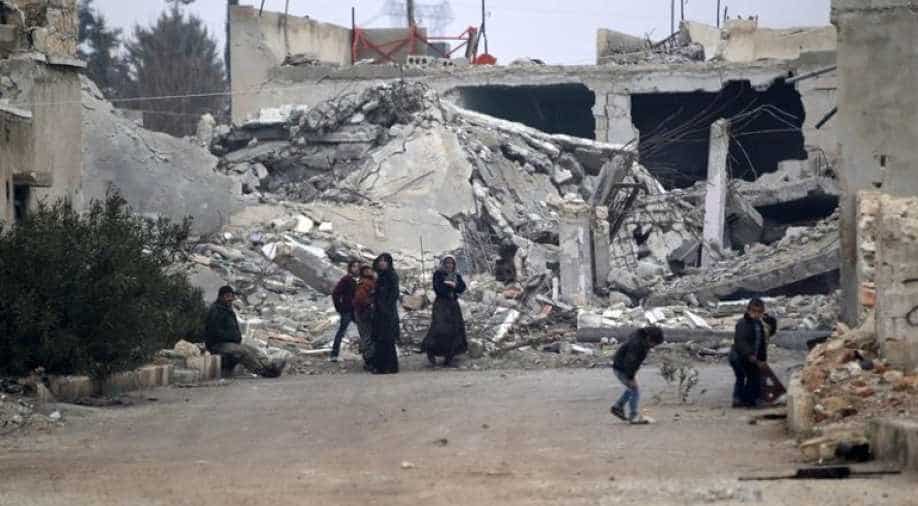 People stand near the rubble of damaged buildings in al-Rai town in the northern Aleppo countryside on December 25, 2016. Photograph:( Reuters )

The ceasefire deal between Syrian government forces and rebels that came into effect from midnight held early on Friday, with reports of isolated clashes and gunfire in the initial stages, a monitoring group and a rebel official told Reuters.

According to media reports, the ceasefire was violated shortly after it came to effect with clashes taking place in the northwest of the country.

A rebel official in the Jaish al-Nasr group told Reuters that there had been "some shelling during the night, but today it's stopped ... until now the situation is good."