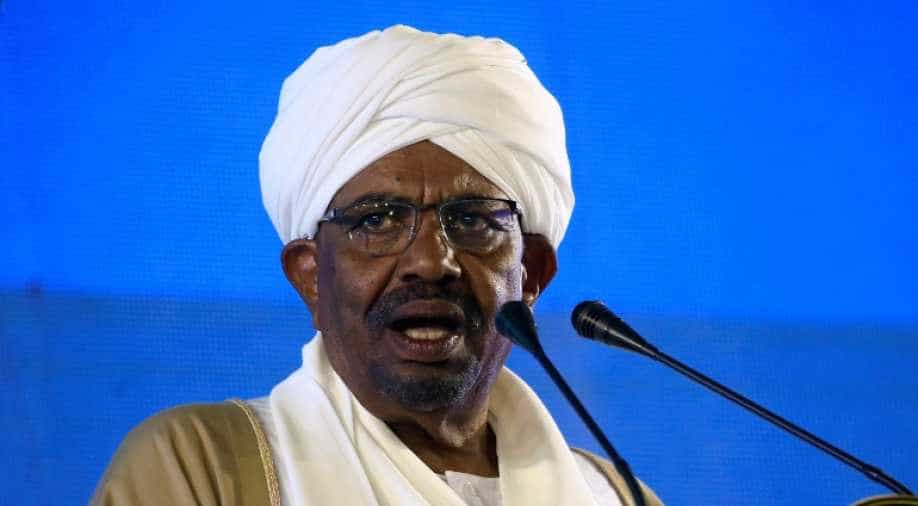 Bashir's latest orders come as part of a nationwide state of emergency he imposed on Friday after a sweeping crackdown failed to suppress protests against his administration.

Sudanese President Omar al-Bashir on Monday banned unauthorised rallies as he announced a slew of new measures to end demonstrations that have rocked his rule for weeks.

Bashir's latest orders come as part of a nationwide state of emergency he imposed on Friday after a sweeping crackdown failed to suppress protests against his administration.

"As part of a state of emergency declared by the president, he issued an order banning any gathering or rally that has not been authorised," the presidency said in a statement.

Bashir gave sweeping powers to the country's security forces to raid buildings where "suspicious activities were being carried out" and also search people, the presidency said.

Blocking roads and stopping traffic was banned, after protesters obstructed streets with rocks and tree trunks to prevent security forces from entering their neighbourhoods.

Publishing news "that hurts the citizens or the constitutional system" on any platform, including social media, was also outlawed.

But the group that is spearheading the demonstrations rejected the new measures, which also banned strikes.

"We are calling on our people in the capital, across all states, towns and villages to take to the streets now to express their rejection of the new emergency measures," said the Sudanese Professionals Association.

The state of emergency prompted Washington's acting envoy to the United Nations, Jonathan Cohen, to urge Khartoum to "respect the rights of all individuals in Sudan".

The US diplomat called on Bashir's government to "bring an immediate end to the violent repression of peaceful protests."

'We are not scared'

A new court and a special prosecutor were created to investigate violations of the measures, with offenders facing up to 10 years in prison.

Deadly protests began on December 19 after the government tripled the price of bread and quickly evolved into demonstrations against Bashir's rule.

Officials say 31 people have died in protest-related violence so far. Human Rights Watch says at least 51 people have been killed, including medics and children.

Hours before the latest measures were announced, hundreds of protesters rallied in some areas of Khartoum, chanting their rallying cry "freedom, peace, justice".

"We are challenging the regime and we are not scared of the state of emergency," said protester Erij who gave only her first name for security reasons.

"We have only one aim and that is to make the president step down."

In the face of public anger over Sudan's economic woes, Bashir on Monday announced measures to tackle the foreign currency shortage.

The presidency said no more than $3,000 would be allowed to be carried by any individual travelling outside the country.

Bashir also ordered that buying and selling of foreign currency be done only through official channels.

Over the past two years, the foreign exchange market has seen high volatility, forcing the country's central bank to devalue the local pound twice last year.

The financial measures came after Bashir made top-level changes in his administration, including sacking his long time ally and first vice president Bakri Hassan Saleh.

He continued with more changes, by sacking his deputy in the ruling National Congress Party on Monday.

Harun is wanted by The Hague-based International Criminal Court for war crimes and crimes against humanity allegedly committed during the conflict in Darfur.

The Darfur conflict erupted in 2003 when ethnic minority rebels took up arms against Khartoum's Arab-dominated government, accusing it of socially and economically marginalising the region.

About 300,000 people were killed and millions displaced, according to the United Nations.

Harun was Sudan's minister of state for the interior during the peak of the conflict.

Bashir himself is wanted by the ICC for alleged genocide and war crimes in Darfur.

He denies the charges.

On Sunday, he swore in a new prime minister and appointed 16 army officers and two others from the feared National Intelligence and Security Service as governors for Sudan's 18 provinces as part of a major shake-up of his adminstration.