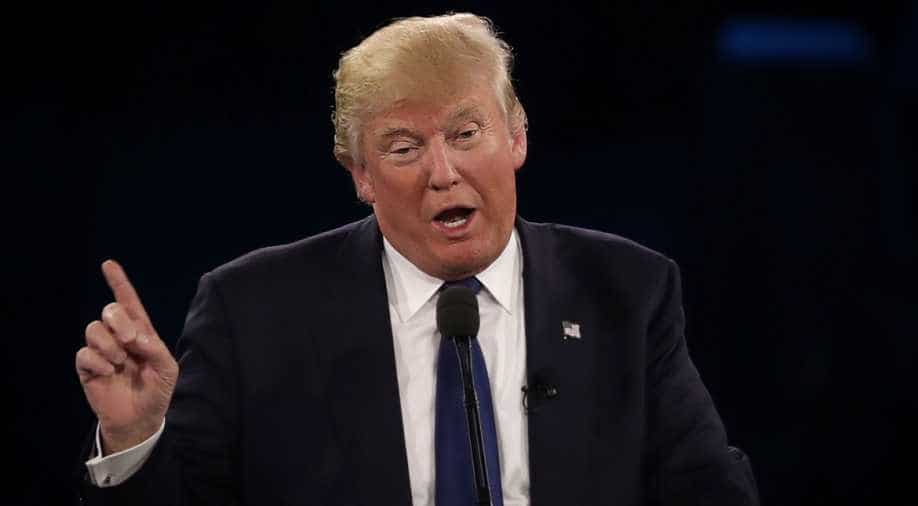 Donald Trump offered a message of ethnic harmony yesterday at a Christian evangelical conference. He was trying to calm concern about his criticism of a Mexican-American judge.

In a departure from his usual freewheeling style, Trump read a carefully scripted speech from a teleprompter as part of a new push by his campaign to tone down the outspoken New Yorker's harsh rhetoric.

Trump's remarks included a wide-ranging attack on Democratic rival Hillary Clinton. The 69-year-old said that money aimed at resettling Syrian refugees in the United States should instead be spent on tackling poverty in US cities.

Speaking to the annual conference of the conservative Faith & Freedom Coalition, Trump did not mention the controversy over his charge that US District Judge Gonzalo Curiel cannot treat him fairly because of his Mexican heritage. However, he did make a point of saying that he would represent all Americans if elected president on November 8.

"Freedom of any kind means no one should be judged by their race or their colour and the tone of his hue," Trump said. "Right now, we have a very divided nation. We're going to bring our nation together."

Paul Ryan, the top elected US Republican, had criticised Trump for what he called a "textbook definition of a racist comment" for his remarks about the judge. Other Republican leaders warned Trump to change his tone or risk losing their support.

Mitt Romney, the 2012 Republican presidential nominee who led a movement to derail Trump's nomination, told CNN he would not consider running for the White House.

Romney blasted Trump for comments that he said denigrated Mexicans, women and religion.

Romney said he expects Trump to get the Republican nomination but added that he will not vote for either Trump or Clinton. He left open the possibility of casting a ballot for the Libertarian Party candidate, former New Mexico Governor, Gary Johnson.

As Trump sought to rally more Republicans behind him, Clinton met with US Senator Elizabeth Warren of Massachusetts to try and shore up support from the left wing of the Democratic Party.

Clinton later addressed the Planned Parenthood Action Fund, the non-partisan arm of the women's health group, and had Trump trained in her sights.

“This is a man who has called women pigs, dogs and disgusting animals, it’s kind of hard to imagine counting on him to respect our fundamental rights,” said Clinton, the first woman to become the presumptive presidential nominee of a major party.

Clinton leads Trump by 11 percentage points, nearly the same as a week ago, according to a Reuters/Ipsos poll released yesterday.

The real estate mogul's struggle to unify Republicans behind his insurgent candidacy was apparent at the evangelical Faith & Freedom conference where several speakers studiously avoided speaking his name.

"We don't want this contest this fall to just be a contest of personalities," she said.

But conference organiser Ralph Reed was adamant in his support for Trump, saying the New Yorker has energised the evangelical vote in a way that past Republican presidential nominees failed to do.

"We understand that perfection is not the measure that should be applied," Reed told the crowd.

Trump yesterday criticised Clinton's willingness to accept thousands of Syrian refugees into the United States and challenged her to "replace her support for increased refugee admission" in favour of a new jobs program for inner cities.

He stopped short of repeating his call for a temporary ban on Muslims entering the United States, a proposal that has drawn heavy fire from Republicans and Democrats.

"We have to temporarily stop this whole thing with what’s going on with refugees where we don’t know where they’re coming from," Trump said. "We have to use the money to take care of our poorest Americans so they can come out of this horrible situation that they're in."

Yesterday at the funeral of boxing champion Muhammad Ali, a convert to Islam, one speaker, a rabbi, inveighed against politicians promoting intolerance of Muslims.

"We will not tolerate politicians or anyone else putting down Muslims and blaming Muslims for a few people," said Rabbi Michael Lerner, the editor of Tikkun magazine, who said he attended the ceremony in Louisville, Kentucky, as a representative of American Jews.

Trump said Clinton's refusal to use the phrase "radical Islamic terrorism", favoured by Republicans to describe violent Islamist militants, makes her unfit to be president.