State of emergency likely to be extended due to elections: French PM 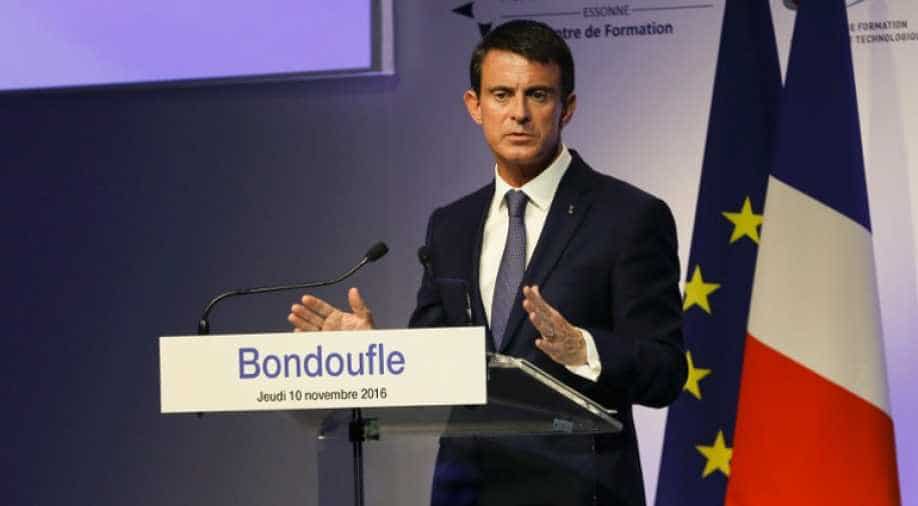 The state of emergency was imposed after IS militants attacked Bataclan theatre which killed 130 people. Photograph:( AFP )

French Prime Minister Manuel Valls said the state of emergency will continue due to upcoming presidential elections. The emergency was imposed after last year's Paris attacks which left 130 dead.

"It is difficult today to end the state of emergency," the Prime Minister told BBC France.

"Especially since we are going to begin a presidential campaign in a few weeks with meetings, with public gatherings. So we must also protect our democracy," Valls said.

The risk of a similar attack seemed less likely but said he was "very cautious".

"But we may face attacks of the kind that we saw in Nice," in which a 31-year-old Tunisian mowed down 86 people in a truck.

The prime minister also appealed for cooperation regarding the 2003 Le Touquet accords which connects the British border to Calais' ferry ports.

"We can always change a treaty, but if tomorrow we were saying that there was no agreement, that there was no longer a treaty, and that the border was open, there would be thousands and thousands of people who would converge on Britain, that would be a drama in the Channel and a major problem for Britain," he said.

Under the pact, Britain pays millions of Euros for security in Calais but the French police and border guards face the brunt of it.

French critics believe the pact should be scrapped as Britain is dumping the migrant problem on France.

The Calais "Jungle" camp, which was home to thousands of migrants and people seeking asylum in Britain, was demolished last month.