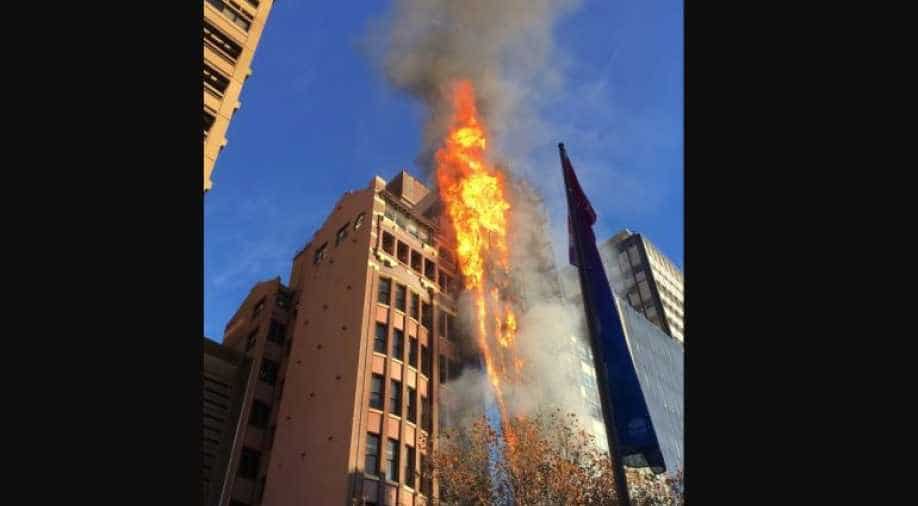 Flames raced up scaffolding at a Sydney building site on Thursday, in a morning rush-hour fire that prompted the evacuation of nearby offices and caused downtown traffic gridlock.

"The flames really started to leap," lawyer Doug Thompson who photographed the fire from across the street, told Reuters by text. "Once it was off, it was away."

The fire took hold around 8 am (2200 GMT on Wednesday), as office workers were making their way into the city.

The building is being renovated and it was not immediately clear if there were any office or renovation workers inside when the fire took hold. No injuries were reported.

A dozen firetrucks arrived and together with police blocked off the street before firefighters extinguished the blaze.

"The fire is out," fire and rescue service official Norman Buckley told reporters, adding that the cause was being investigated.