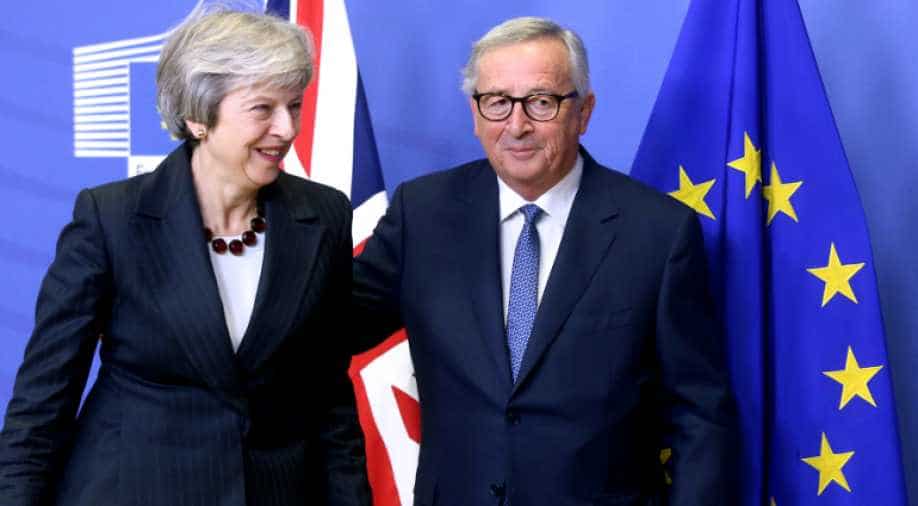 Spain was standing between Theresa May and a Brexit deal as it threatened to derail an EU summit on Sunday if it does not get new assurances on having a say in the future of Gibraltar.

Spain was standing between Theresa May and a Brexit deal as it threatened to derail an EU summit on Sunday if it does not get new assurances on having a say in the future of Gibraltar.

As talks among Spanish, British and EU officials continued on Saturday, Spanish Prime Minister Pedro Sanchez said he was ready to thwart his British counterpart May's hopes of seeing EU leaders sign off on promises of close ties with London after Britain leaves the bloc in March if he did not get his way.

EU diplomats and officials said there was still no clear breakthrough on Saturday morning, hours before some of the other leaders must set off for Brussels ahead of Sunday's breakfast summit -- few will be happy if plans change.

Brussels diplomats and representatives of other governments across Europe said they did not believe Madrid would upset the careful choreography of Sunday's summitry, when May and her 27 EU peers will fly in for a couple of hours in the morning. But they also heard strong words from Spanish ministers that left them unwilling to call Sanchez's bluff without further talks.

On a visit to Cuba, Sanchez said he had yet to receive assurances that any future decisions on Gibraltar would be decided in direct talks between London and Madrid.

"The guarantees are still not enough and Spain maintains its veto to Brexit. If there is a deal, then it will be lifted," he said when it was already late on Friday in Europe. "If there is no deal ... the European Council will most likely not take place."

Spain can expect its European allies to swing more clearly behind its 300-year-old claims to sovereignty over "The Rock", a British naval base on its southern coast that is home to some 30,000 people whose economy faces major questions after Brexit.

But demands that extensive treaty documentation recently agreed between Brussels and London be tweaked to give Spain a bigger say over its implementation in regard to Gibraltar face resistance from Britain and EU allies who are wary that the whole edifice of the long-negotiated deal might unravel.

Diplomats said there was no doubting the passion behind the Spanish arguments when advisers to the 27 EU leaders met in Brussels on Friday to prepare the summit: "The Spanish are very proud people and this is absolutely important for them," one participant in the talks told Reuters.

"We have to have a solution. I am quite sure we will have one."

Some in Brussels stress that Sanchez is fighting a regional election in Andalusia, the province that abuts Gibraltar, next weekend and may want to play up the issue for home consumption.

For him to force the cancellation of the summit, or drag it out beyond the morning, would incur the wrath of his peers.

May is due to meet EU chief executive Jean-Claude Juncker on Saturday at 6 pm (1700 GMT), and diplomats say that should be the moment they confirm that the Gibraltar issue is settled. May will then meet summit chair Donald Tusk.

In Germany, a government spokesman was confident a solution would be found in time for Sunday's summit.

Berlin had earlier said there could be no more technical negotiations at the summit, and that Chancellor Angela Merkel could skip it if all the texts are not ready in advance.

The biggest obstacle to the Brexit accord overall is the vehement opposition in the British parliament. Without its approval, Britain could leave the bloc on March 29 without an agreement to mitigate economic and legal disruption.