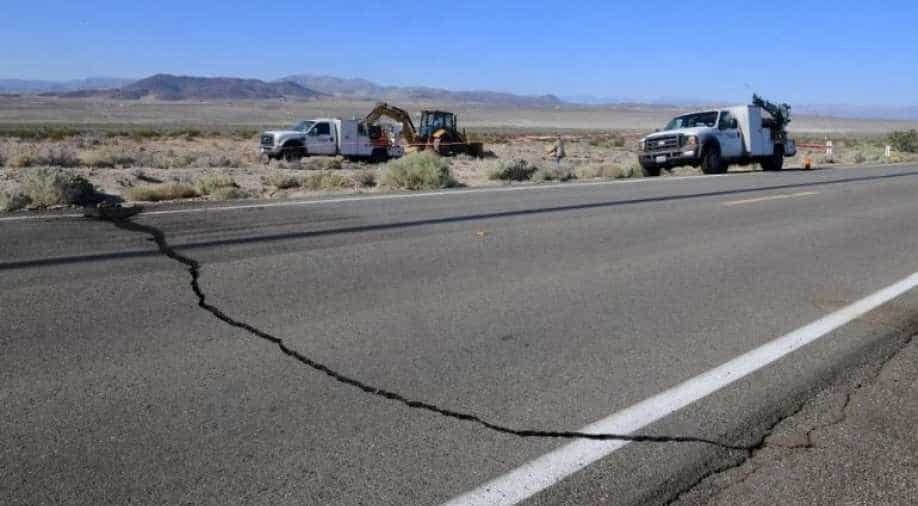 File photo of an earthquake in California. Photograph:( AFP )

This comes just a day after Southern California was hit by its largest earthquake in two decades with 6.4-magnitude.

Southern California was rocked by a powerful earthquake of magnitude 7.1 on Friday, the United States Geological Survey (USGS) said.

The latest quake was 11 times stronger than the previous day's "foreshock", according to the United States Geological Survey, and is part of what seismologists are calling an "earthquake sequence".

The tremor was felt more than 240 kilometres away in Los Angeles, where the fire department deployed vehicles and helicopters to check on damage and residents in need of emergency aid.

The department later released a statement saying that its ground and air survey had found "no major infrastructure damage".

"There has been no loss of life or serious injury that we can directly attribute to the widely felt 8:19 PM earthquake," LAFD spokesman Brian Humphrey said in the statement.

This comes just a day after Southern California was hit by its largest earthquake in two decades with 6.4-magnitude.

It was felt 160 miles away in Los Angeles and even as far afield as Las Vegas in the neighbouring state of Nevada, as the United States celebrated its July 4 Independence Day holiday.

No casualties were reported on Thursday.