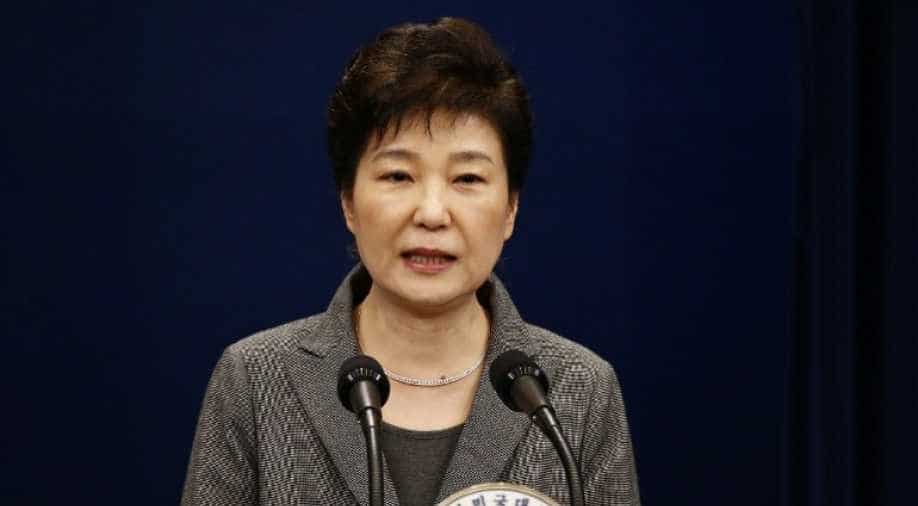 Parliament voted on December 9 to impeach Park over a corruption scandal. Photograph:( AFP )

More than half a million South Koreans marked New Year's Eve with a massive protest Saturday calling for the immediate arrest and ouster of impeached President Park Geun-Hye.

Candle-carrying and banner-waving protestors marched towards key buildings in Seoul including the presidential Blue House and the prime minister's office.

Police figures were unavailable but organisers estimated crowd numbers to be more than 600,000.

"Park Geun-Hye step down. Go to prison now," they chanted.

Parliament voted on December 9 to impeach Park over a corruption scandal in which she allegedly colluded with her friend, Choi Soon-Sil, to wrest donations from large conglomerates to two dubious foundations.

The case is now being considered by the Constitutional Court, which has up to 180 days to rule on the impeachment.

"I came here to help usher in a new year that has no Park Geun-Hye", Kang Jae-Chun, who was at the protest with his two children, told AFP.

Demonstrators also planned to take part in a midnight ceremony in which a large bronze bell in the city centre is rung to herald in the new year.

It was the tenth protest calling for Park's immediate departure from office.

But Park, who has been suspended from her duties since the impeachment vote, has remained defiant, declaring she will wait until the Constitutional Court arrives at a decision.

Earlier on Saturday, former health minister Moon Hyung-Pyo was arrested under a court order in a widening probe to determine whether Park and Choi took bribes from businesses including Samsung.

Moon, who is now head of the National Pension Service (NPS), admitted to pressuring the state-run fund to back a controversial merger of two Samsung units  --  Cheil Industries and Samsung C&T -- last year when he served as health minister.

The acquisition was seen as a crucial step to ensure a smooth father-to-son power transfer to Lee Jae-Yong, scion of Samsung's founding family.

Investigators reportedly plan to question Lee next month to determine whether he told Samsung Electronics executives to funnel millions of dollars into questionable foundations and companies controlled by Choi in return for NPS' backing.

Lee said at a parliamentary hearing this month he was not aware of the money transfers.