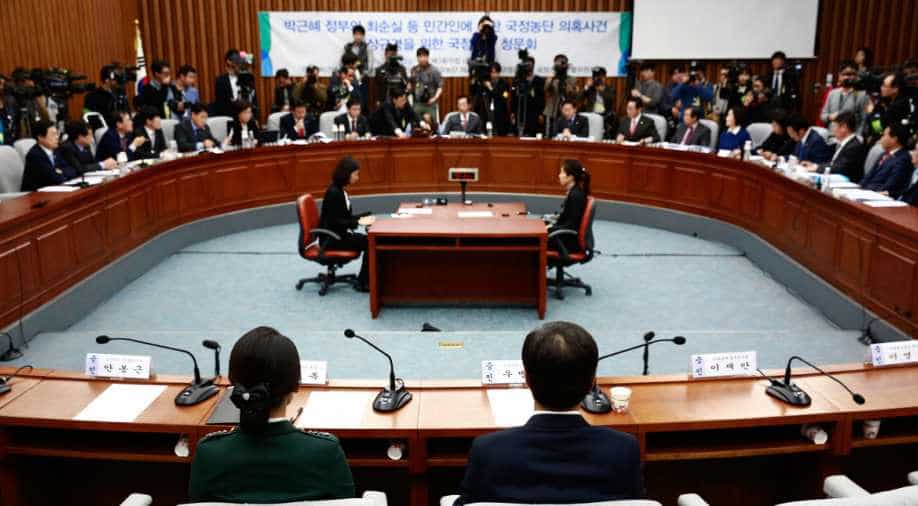 South Korea's Constitutional Court on Thursday began its deliberations on a parliamentary impeachment vote against President Park Geun-hye, who could become the first elected South Korean leader to be thrown out of office.

Park was indicted in a December 9 parliamentary vote by a wider-than-expected margin after being accused of colluding with a friend to pressure big businesses to make contributions to non-profit foundations backing presidential initiatives.

Park, whose father ruled the country for 18 years after seizing power in a 1961 coup, has denied wrongdoing but apologised for carelessness in her ties with the friend, Choi Soon-sil, who is facing her own trial.

Neither Park nor Choi appeared in court on Thursday when judges decided to admit prosecutors' investigation documents, in an early setback for Park's defence team, which had tried to block them. Although stripped of her presidential powers, which are being wielded by the prime minister, Park retains her title and her official residence.

She is serving a single five-year term which is set to end in February 2018, and has presidential immunity but risks facing prosecution after leaving office.

Park's popularity has sunk to near record lows since the influence-peddling scandal blew up, but many South Koreans already had doubts about her leadership, partly because of a 2014 ferry disaster in which 300 people, most of them school children, were killed.

The Court raised that accident on Thursday, asking that Park account for her activities during a seven-hour period when the disaster was unfolding, and when her critics believe she was negligent.

"We request the claimee report where she was in the Blue House, during the seven hours that has become an issue, exactly what work she was engaged in," one of the court's nine judges, Lee Jinsung, said, referring to the presidential compound in the capital, Seoul.

The court also identified Park's friend, Choi, and two former Blue House officials, An Chong-bum and Jeong Ho-seong, as witnesses in the hearing. Park's lawyers said earlier the vote to impeach her had no legal basis and the court should throw the case out. The court said it would hold the next preparatory hearing on December 27.