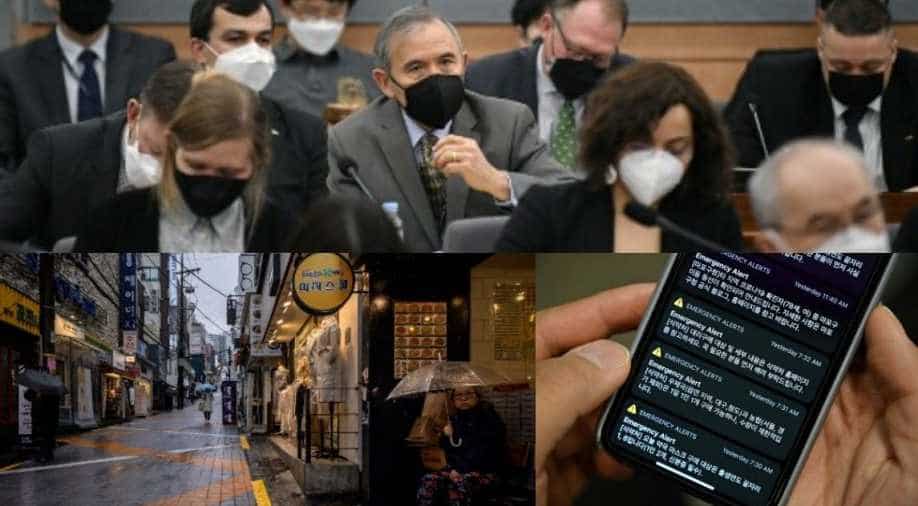 The super-spreader attended Sunday prayers at the church's Daaegu building and came in contact with thousands of followers.

South Korea witnessed its own version of the Nizamuddin tragedy a little over a month ago when one patient infected over 42 others in South Korea's Daegu city.

Around the third week of February, South Korea witnessed a surge of COVID-19 cases. From recording just a few cases, the country became the largest clutter of coronavirus cases outside China. The spotlight was on patient 31.

The Crazy Ajumma or the Crazy Aunty, as South Koreans call her, turned the city of Daegu into a Wuhan virus hotspot. The 61-year-old began running a fever on February 9,  but this did not stop her from checking items on her social calendar. Between February 9 and 17, the woman attended 4 public gatherings. Among these, were two Sunday masses.

The woman was not a follower of just any other conventional church. She went to a Scincheonji church, a Christian movement known for its secretive nature.

The super-spreader attended Sunday prayers at the church's Daaegu building and came in contact with thousands of followers. She recited prayers, listened to sermons and attended potluck parties after the mass. A day later, she tested positive for the Wuhan coronavirus.

She was south Korea's patient 31, the super spreader who infected at least 43 others. What followed was total chaos. Because of the church's secretive nature, authorities scrambled to find the church-goers.

The city of Daegu was put on high alert and 9,300 Shincheonji followers were screened. Of which 1,200 of them had cough and other symptoms. The Schincheonji church was accused of being the main culprit of the coronavirus transmission.

The church's leader Lee Man Hee held a press conference on the March 2. During the press conference, he bowed to the ground and apologised for the outbreak. By then 60 per cent of South Korea's confirmed cases were members of the sect.

The group infected one another as they travelled around the country.