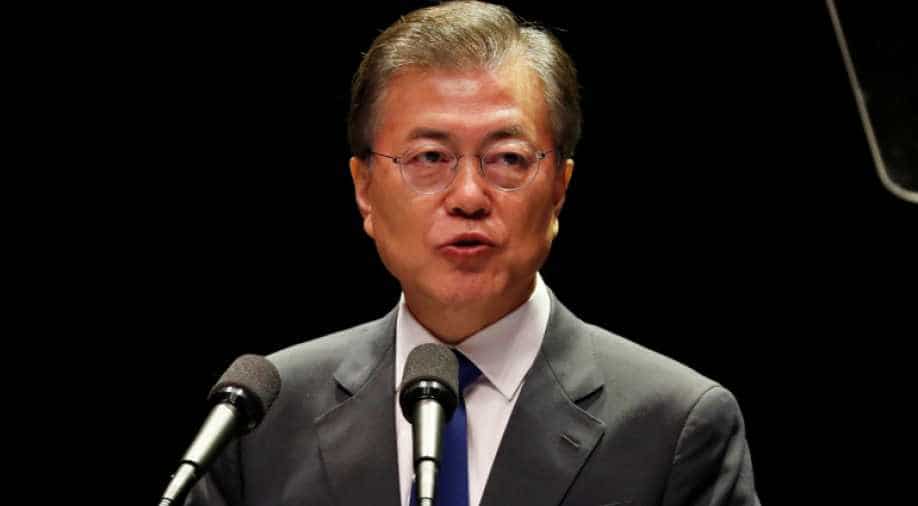 The Ulchi Taegeuk exercise will have around 480,000 civilians, government officials and armed service members, Yonhap News Agency quoted the two ministries as saying.

Amid reconciliatory efforts for ensuring long-lasting peace with North Korea, South Korea is set to hold a new civilian-military exercise from May 27 to 30, the country`s defence and interior ministries said on Friday.

The Ulchi Taegeuk exercise will have around 480,000 civilians, government officials and armed service members, Yonhap News Agency quoted the two ministries as saying.

It is meant to "strengthen the country`s crisis management capabilities in dealing with various safety and security threats, including terrorist attacks and large-scale natural disasters, as well as to ensure a readiness posture," they said.

The soon-to-be-launched military drills will combine two existing programmes -- the Taegeuk command post exercise led by the South Korean military and the government`s Ulchi exercise, which was part of the Ulchi Freedom Guardian (UFG) exercise, according to the news report.

The UFG exercise, which was carried out jointly by the US and South Korea were temporarily suspended with Seoul saying it would create a new drill to boost peace-building efforts in the Korean Peninsula.

North Korea has repeatedly attacked South Korea and the US for their joint exercises, claiming that it was a "rehearsal" for invading the secretive communist nation. Both Seoul and Washington have rejected Pyongyang`s allegations, saying that the drills were defensive in nature.