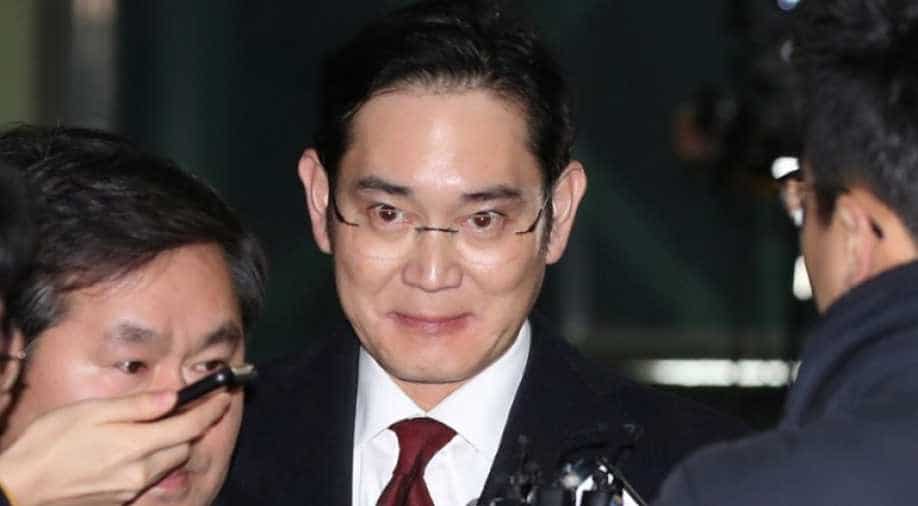 Samsung Electronics vice chairman Jay Y Lee is surrounded by media as he leaves the office of the independent counsel in Seoul. Photograph:( Reuters )

South Korea's special prosecutor's office said on Sunday it will decide whether to seek an arrest warrant against Samsung Group leader Jay Y Lee on Monday.

Spokesman for the special prosecutor Lee Kyu-chul told reporters during a briefing investigators will also decide whether to seek arrest warrants against other Samsung Group executives at the same time as when it makes a decision on Lee, named a suspect in an investigation into whether the country's top conglomerate paid bribes to pave the way for a 2015 merger of two affiliates.

"We are considering all factors and will make a determination based on the law and principles," he told reporters.