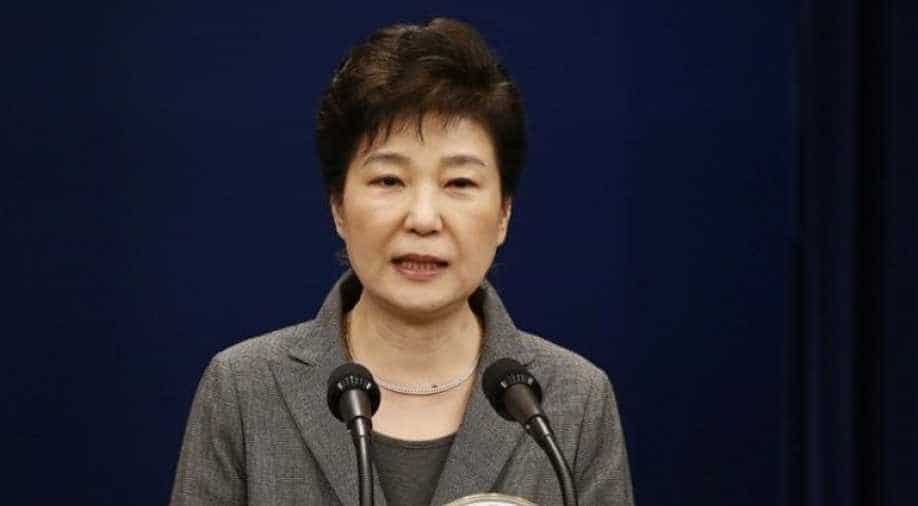 The joint Opposition commands the most seats in the legislature, but will need the support of nearly 30 members of Park's Saenuri Party to secure the two-thirds majority needed to impeach the President. Photograph:(Getty)
Follow Us

The motion, backed by 171 lawmakers in the 300-seat legislature, will be put to a vote in the National Assembly on Friday, lawmakers said.

The joint opposition commands the most seats in the legislature, but will need the support of nearly 30 members of Park's Saenuri Party to secure the two-thirds majority needed to impeach the president.

"If the impeachment motion fails to get passed because of the lack of cooperation from the ruling party, it must take responsibility for all consequences", the main opposition Democratic Party's floor leader Woo Sang-Ho was quoted as saying by the Yonhap news agency.

Accused of colluding with a close friend who faces embezzlement charges, Park said last week she would be willing to step down in the face of weekly mass protests that have seen millions take to the streets of Seoul and other cities.

But the opposition says Park's offer, which put the manner and timing of her resignation in the hands of parliament, is an effort to buy time and avoid impeachment.

If passed, the motion would go to the Constitutional Court for approval -- a process that could take up to six months.

The ruling party has called on Park to stand down voluntarily in April, allowing a presidential election to be held in June -- six months ahead of schedule.

Party officials have given her a week to accept the timeline or face impeachment.

The scandal engulfing Park's administration is centred around a long-time friend of the president, Choi Soon-Sil, who has been dubbed "Korea's female Rasputin".

Prosecutors say they have evidence that Park colluded in Choi's efforts to coerce firms to "donate" tens of millions of dollars to two dubious foundations.

Park has been named as a formal suspect in the investigation, making her the first sitting president to be subject to a criminal probe while in office.

While she retains the presidency, Park cannot be charged with a criminal offence except insurrection or treason, but she would lose that immunity once she steps down.

Massive weekly protests have been intensifying over the past month, with organisers claiming up to 1.5 million people braved freezing temperatures in Seoul last Saturday to demand Park's resignation.

Activists have called for a sixth protest Saturday in central Seoul, despite Park's announcement that she would be willing to cede power.

"About a million will come to the rally, more or less", spokesman Ahn Jin-Geol of an umbrella group of activists organising the rally told AFP.

"The people have already impeached Park in their mind. They simply don't want a criminal hanging around there as a president until April", he said.

Park on Wednesday approved a lawyer recommended by the opposition-controlled parliament as an independent prosecutor.

The special prosecutor will interview the president and be given 120 days to follow up on the findings of state investigators.

Park has backtracked on earlier promises to make herself available for questioning in a judicial probe.