Sixth night of unrest in Catalonia ends with police pull back 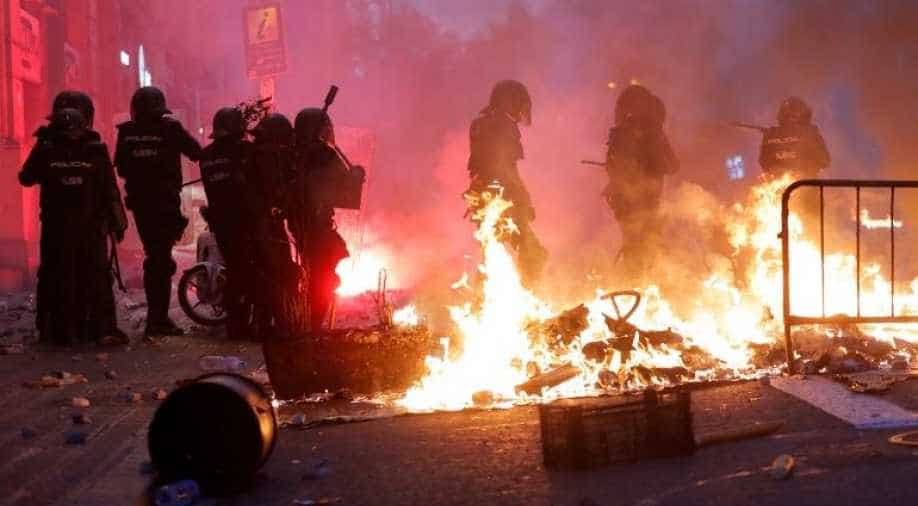 Heavy police presence was seen at a series of demonstrations in the Catalan capital which lasted late into the night.

Catalan protesters clashed with police on Saturday on the sixth day of protests against the jailing of Catalan separatist leaders which has caused a wave of violence in the region.

Heavy police presence was seen at a series of demonstrations in the Catalan capital which lasted late into the night. The majority remained peaceful, with protesters staging a sit-down and shining lights from their phones. Others turned violent with fires and clashes between protesters and riot police.

The sixth night of unrest ended with the police pulling back and protesters chanting slogans like "We won" and celebrating the police's departure.

Barcelona saw its worst night of disturbances in decades on Friday (October 18) as masked youths blocked roads with blazing garbage bins and hurled rocks at security forces, who responded by firing repeated rounds of smoke grenades and tear gas.