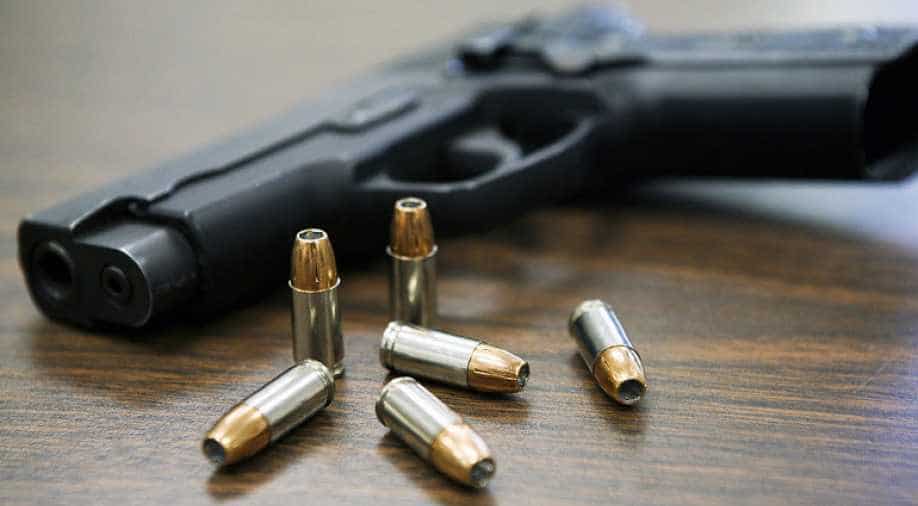 Authorities said they believed the unidentified male suspect may have gone to the the party was held intending to shoot a particular person, and fired his handgun into the crowd afterwards.

Texas police said they were seeking a gunman on Sunday who fired randomly at a Halloween homecoming party packed with hundreds of college students, leaving at least two dead and wounding about a dozen more, before fleeing amid the chaos that followed.

Authorities said they believed the unidentified male suspect may have gone to the sprawling event facility where the off-campus party was held intending to shoot a particular person, and fired his handgun into the crowd afterwards.

"We believe this is a separate incident," Hunt County Sheriff Randy Meeks told a news conference on Sunday morning. "There might have been someone there who was targeted."

The shooting happened around midnight on Saturday in Greenville, about 50 miles northeast of Dallas, shortly after deputies went to a hangar-like facility called The Party Venue to deal with parking violations, Meeks said.

More than 750 partygoers, many of them students at a campus of Texas A & M University in Commerce, about 15 miles away, were at the party when shots were fired near the back of the facility, he said.

"When the shots were fired it was complete chaos as people fled for safety and deputies attempted to locate the shooter," Meeks said, adding that some people cut themselves on broken glass as they tried to squeeze through windows.

A total of 16 people, including four or five students, sought treatment for injuries, 12 of them for gunshot wounds, Meeks said, adding that their conditions were not known. The two partygoers who were killed were not identified.

The investigation, which was being aided by the Texas Rangers and the Federal Bureau of Investigation, was hampered by a lack of cooperation from those in attendance, Meeks said.

"It appals me that as many folks that were there have not been able to give us a better description of this shooter," he said, adding that investigators had interviewed 20 people.

"With this many people there, normally we would have a really good description of the shooter," he added.