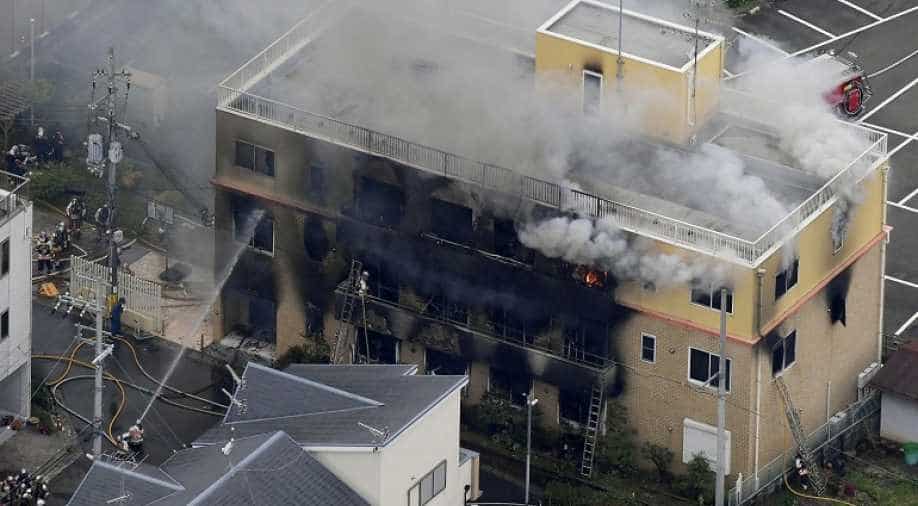 An aerial view shows firefighters battling fires at the site where a man started a fire after spraying a liquid at a three-story studio of Kyoto Animation Co. in Kyoto, western Japan, in this photo taken by Kyodo, July 18, 2019. Photograph:( Reuters )

The fire at the Kyoto Animation studio injured more than 30 people, 10 of them seriously, and one person has been confirmed dead, a spokesman for the Kyoto City Fire Department said.

Thirteen people are believed to have died in a suspected arson attack at an animation company in the Japanese city of Kyoto on Thursday, a fire department official told AFP.

"Twelve people were found in cardio-respiratory arrest in the ground and the first floor," the official said, using a phrase commonly used in Japan to signify victims have died but their deaths have not yet been officially certified.

The 12 victims were found after the fire department confirmed the first death in the blaze, bringing the apparent toll in the fire to 13, with many others wounded.