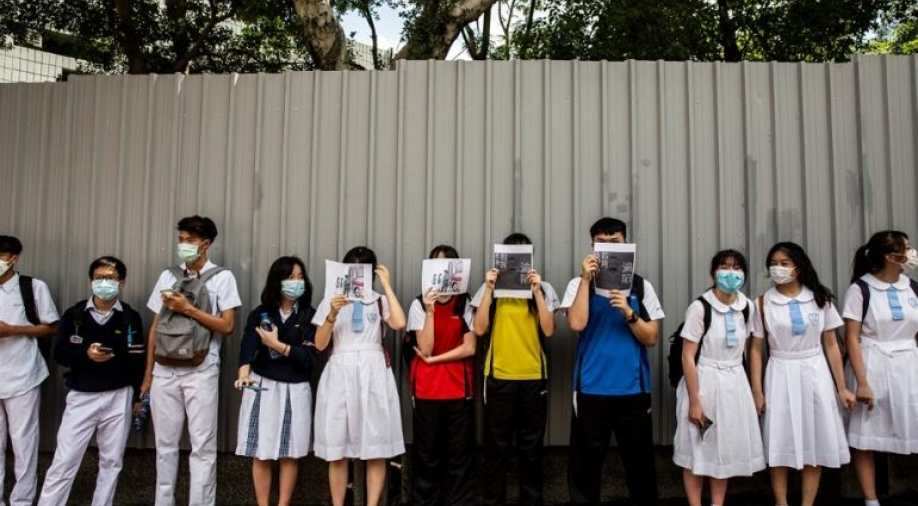 School students hold signs during a pro-democracy protests near their school in Hong Kong on June 12, 2020. Photograph:( AFP )

In the aftermath of the implementation of China’s controversial national security law in Hong Kong, which bans criticism of the Chinese administration, and subverts pro-democracy protests, schools are now being asked to review textual content.

On Monday, the city’s Education Bureau said that schools shall not provide any reading material which violates the law, in a bid to “positively teach” students regarding the new law.

While the critics have called it an attack on the “One country, two systems” mode of administration under which Hong Kong was given to China by Britain, Beijing claims that this will only address “loopholes” in the current legislation.

Recently, books from libraries on the topic of democracy recently disappeared. Additionally, many leaders and activists have also gone missing-in-action.

The Education Bureau has directed teachers to review “all teaching material, including books”.

"As with other serious crimes or immoral behaviour that is not socially acceptable, materials should be removed and re-selected," the bureau said.

Many books written by activists like Joshua Wong and Tanya Chan are no longer available for reading.

Even though China claims it will let Hong Kong take care of its affairs, in rare circumstances people could be extradited to mainland China. In essence, this law materialises the goals of the now-panned extradition law while effectively ensuring no dissent against Chinese administration brews in the financial hub.

The city is judged by its mini-constitution called “Basic law”. Any actions by people qualifying as “endangering the state” may be used to arrest people.