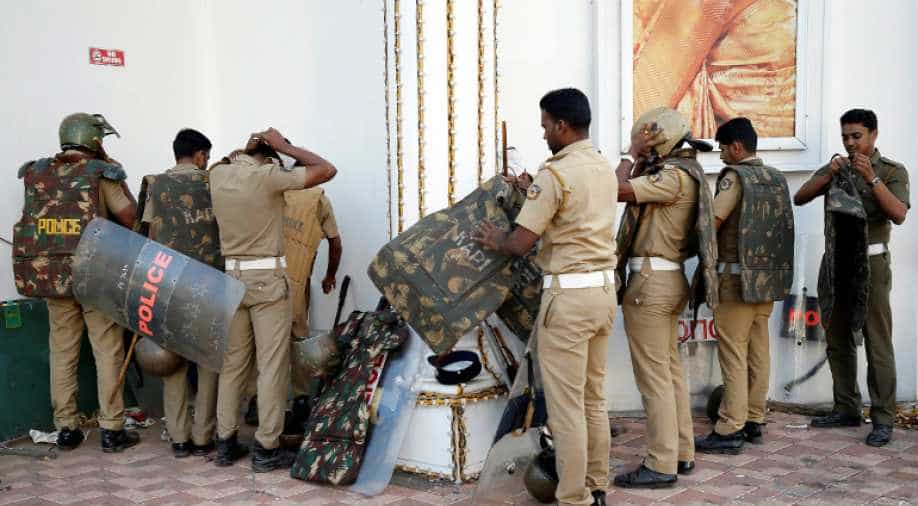 Unidentified persons riding a bike hurled a bomb at Shamseer's house at Madapeedikayil near Thalassery in Kannur district of northern Kerala at around 10.15 pm, police said.

Violence erupted across Kerala Friday night with bombs hurled at the house of Thalassery MLA and CPI(M) leader AN Shamseer among other places.

Unidentified persons riding a bike hurled a bomb at Shamseer's house at Madapeedikayil near Thalassery in Kannur district of northern Kerala at around 10.15 pm, police told PTI.

"This was an RSS conspiracy to instigate violence in the state. They intend to create violence and destroy the peaceful atmosphere of the state," Shamseer told media.

The attack happened when the Left leader was attending a peace meeting organised at Thalassery after widespread violence had hit the state following the hartal declared by right-wing groups over the entry of women in Sabarimala.

Bombs were also hurled at CPI(M) leader and former Kannur district secretary of CPI(M) P Sasi's house at Thalassery and a CPI(M) activist Vishak attacked at Iritty, a place in Kannur district.

In another development, prohibitory orders have been issued at Pandalam, Adoor and Kodumon police station areas in Pathanamthitta district for seven days.

Two shops and the house of a CPI(M) local leader at Adoor were also attacked with bombs on Friday. Seven persons were injured in these attacks.

Pathanamthitta has witnessed widespread violence over the entry of women into the hill-top shrine of Sabarimala resulting in the death of a Sabarimala Karma Samiti member Chandran Unnithan at Pandalam.

Kerala has been marred with violence since the afternoon of January 2 after two women of menstruating age managed to enter Sabarimala temple.

The southern state has been witnessing massive protests from the right-wing organisations since the Left-led state government decided to implement the September 28 order of the Supreme Court allowing women of all ages to enter the centuries-old temple.