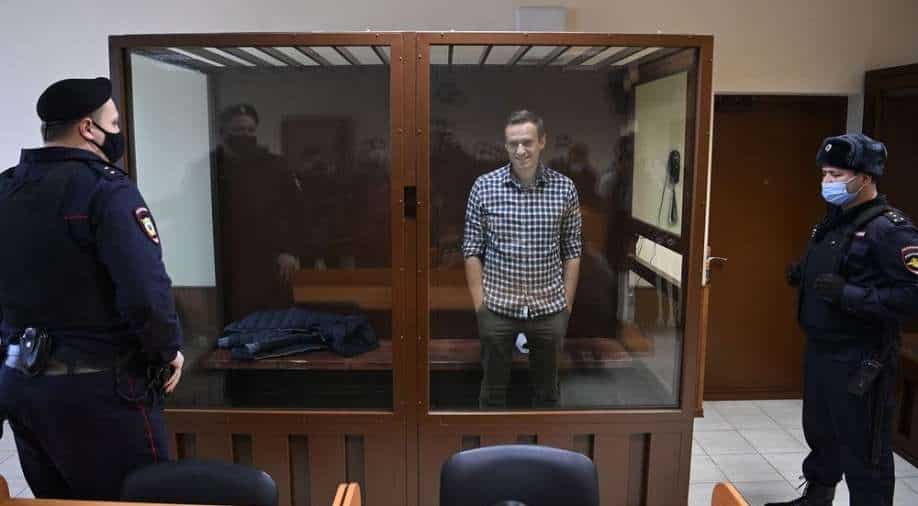 Navalny during his hearing Photograph:( AFP )

Navalny's allies had earlier raised an alarm over his health, and said they had been concerned by a deterioration in his health.

Russia's prison service said Thursday that jailed opposition figure Alexei Navalny was in "satisfactory" condition after allies reported his health was deteriorating in one of the country's most notorious prisons.

The prison service told Russian news agencies that medics had carried out a check on Navalny on Wednesday and that "according to the results of the examination, his state of health was assessed as stable and satisfactory".

Navalny's allies had earlier raised an alarm over his health, and said they had been concerned by a deterioration in his health.

His lawyers added they had not been allowed to visit him in prison, demanding immediate access, saying he had complained of back pain and leg numbness.

Navalny was arrested in January on his return to Russia from Germany where he had been recovering from exposure to the Soviet-designed nerve toxin Novichok. He was later jailed in February for two-and-a-half years on old embezzlement charges in a move his allies said was a pretext to silence his criticism of Russian leader Vladimir Putin.

He is serving his sentence outside Moscow in a penal colony notorious for harsh discipline.

Western countries have slapped sanctions on Russia for jailing Navalny and also for orchestrating a poisoning attack against him last year.

Navalny's allies this week launched a campaign seeking his release and announced plans to stage what they said would be "modern Russia's biggest protest."