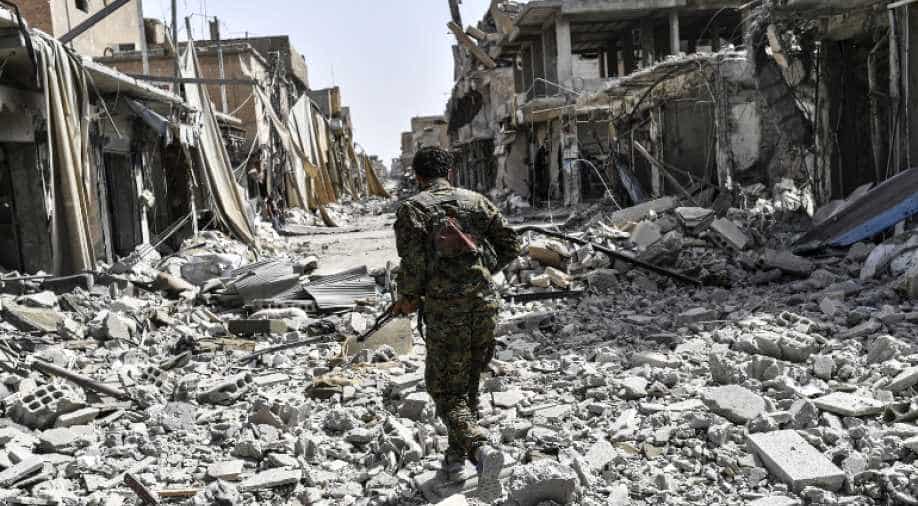 A member of the Syrian Democratic Forces (SDF) sprints through the debris in the old city centre on the eastern frontline of Raqa on September 25, 2017. (Representative image) Photograph:( AFP )

The air strike was in northwest Syria's mainly jihadist-controlled province of Idlib, marking the highest civilian death toll ever since the region was designated in May as one of Syria's de-escalated zones, said the Syrian Observatory for Human Rights.

Idlib province has been the target of heavy air strikes for the past two weeks by the regime and Russian allies after several months of calm.

The neighbouring Hama province in Syria, following a jihadist assault, has also been covered by the de-escalation accord for Syria's war costing more than 330,000 lives since 2011.