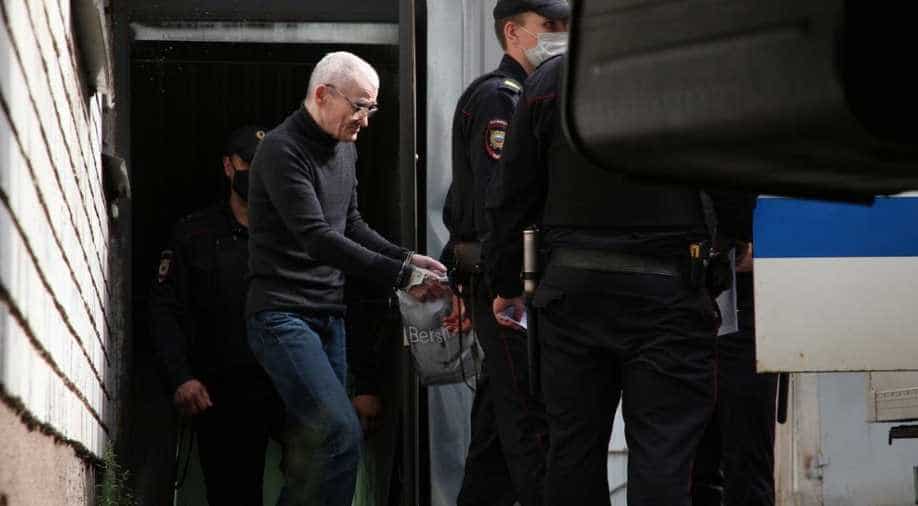 This has, in a way, ended a long campaign by the authorities to silence a scholar and rights activist whose work had challenged the Kremlin’s glorification of Russia’s past, including the Soviet era.

A Russian historian who unearthed the graves of Stalin’s victims has been found guilty of sexually assaulting his adopted daughter. The charges have, however, been dismissed by rights groups, his family and friends as blatantly fabricated for political reasons.

This has, in a way, ended a long campaign by the authorities to silence a scholar and rights activist whose work had challenged the Kremlin’s glorification of Russia’s past, including the Soviet era.

The court sentenced the historian to three and a half years in jail, less than the 15-year sentence requested by prosecutors and less than the prison term required by law for the crime he was convicted of.

He was found not guilty of illegal arms possession and of exploitation of children for the production of pornography.

Because of the long period of time Dmitriev has been held in pretrial detention, he should be released by the end of the year.

His defenders believe that the case was driven mostly by politics, particularly a desire by the authorities to defend historical narratives promoted by President Vladimir Putin.

Dmitriev was first arrested in 2016, initially on child pornography charges, and later acquitted by a Karelia court. In 2018, he was slapped with a new case on the more serious charges of sexual violence against a minor. Prosecutors later added additional charges relating to firearms.

Memorial, a rights group where Dmitriev works, said the accusations were groundless and that the sentence, though milder than prosecutors had sought, was not fair.

“These charges have already taken away more than three years of freedom from Yuri Dmitriev and crippled the fate of his adopted daughter,” Memorial said in a statement.

A first trial in 2018 cleared him of charges of child pornography involving his adopted daughter. But that ruling was annulled and he was arrested on a new charge shortly afterwards.

Fellow historians, rights activists and some leading cultural figures say Dmitriev was framed because his focus on Stalin’s crimes has become politically untenable in a modern Russia where the dominant state narrative is of a great nation rising from its knees.