Russian Ambassador in US says democracies must restore peace in Kazakhstan 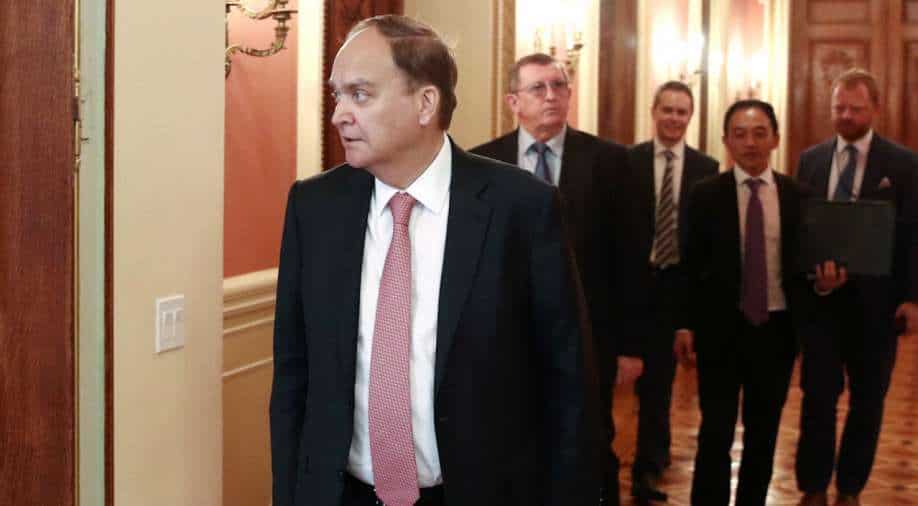 Russian ambassador to US Anatoly Antonov has said that global democratic forces needed to help restore peace in Kazakhstan instead of destabilising the situation. He took shot at the US by saying that situation in the region had worsened after 'American escape from Afghanistan'

"Kazakhstan has come under attack of radicals manifesting dehumanizing ideologies. Thousands of jihadists and marauders tried to `undermine` the constitutional order. They use weapons against civilians. They keep on inflicting damage to public and private property. I`d like to note that all this is happening after the American escape from Afghanistan and the rapid development of extremist ideas in the region," said Antonov in a statement published on Russian embassy's FB page.

"Today, all democratic forces in the world need to help the Government of Kazakhstan recover from the current turmoil, and try not to deteriorate the situation," Antonov stressed.

He said that unrest in Kazakhstan was assisted by thugs. He further said that it was essential that terrorism in the country is eradicated and order is restored.

Kazakhstan continues to be in the grip of the unrest though situation has marginally improved. On Sunday (January 9), more than 160 people were reported dead by a government-run portal. Out of this, Almaty alone accounts for 103