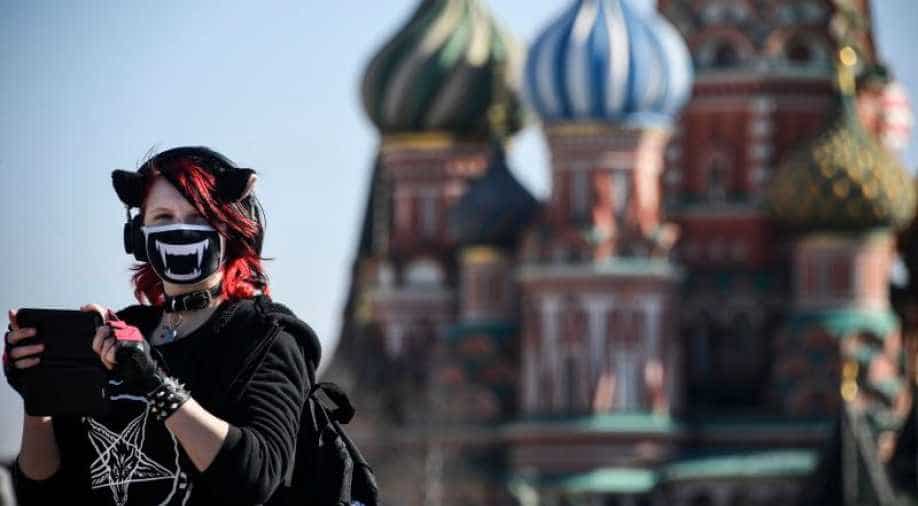 Russia unveiled a $72 billion recovery plan for its economy badly hammered by the coronavirus pandemic, vowing to boost employment and incomes in the country where cases continue to mount.

The economy is set for a sharp contraction this year, and President Vladimir Putin is eager to get growth back on track in a bid to boost approval ratings.

Prime Minister Mikhail Mishustin unveiled a raft of measures Tuesday worth $72 billion aimed at reviving the sputtering economy after weeks of lockdowns that have kept much of the population home from work and shut key industries.

Aimed at boosting employment, incomes and economic growth, the programme "contains over 500 measures, its cost over two years will be about five trillion rubles," Mishustin told Putin in a televised meeting.

Putin described the plan as a "foundation" for repairing the economy and implementing "long-term structural change".

"It is a matter of crucial importance for us to solve today's acute problems, as well as ensure confident movement forward in the long-term," he said.

Putin said the epidemic had "seriously impacted all spheres of life" and added that he expected to launch the recovery plan next month.

The prime minister said the plan would be rolled out over three separate stages.

Stage one would stabilise the economy and will be delivered in the current quarter. The next steps aimed to rebuild the economy and put it on a "trajectory for stable economic growth," the prime minister added.

Russia has introduced targeted tax cuts and provided some emergency aid for families and people newly unemployed since introducing the lockdown at the end of March.

Yet observers have said that Russia's rescue package falls short of aid provided to populations by other countries with similar economies.

Companies like 'wildflowers'
Russia has the third highest number of coronavirus cases globally, with more than 423,000 infections, and its death toll topped 5,000 on Tuesday.

Under strict lockdown measures imposed in March, large swathes of the economy were inactive for weeks, with some regions only recently beginning to ease anti-virus measures.

The lockdown compounded existing problems for the Russian economy, ranging from effects of sanctions following the 2014 Crimea annexation, to the oil price crash this year.

The government's forecast is that the economy will shrink by 9.5 percent in the second quarter and up to six percent for the current year.

Some said the newly unveiled plan would not be enough to aid struggling businesses.

It would only offer "quite modest" support and looks like a symbolic project introduced while the government waits for second quarter data, said Sergei Khestanov, an economist at the Presidential Academy of National Economy and Public Administration.

The government is unlikely to blanket aid across the sectors, and instead only help select companies deemed to be crucial, he added.

The remaining companies will be treated like "wildflowers" he told AFP, explaining that "if they are there, that's nice, but if they die, it's okay, since new ones will grow".

A draft of the plan cited by TASS news agency included measures ranging from creating a national reserve of medication to developing domestic tourism and spending one trillion rubles on infrastructural projects.

Labour Minister Anton Kotyakov said this week that over two million people in the country were registered as unemployed.

Analysts at the Boston Consulting Group last week predicted unemployment could triple from the pre-crisis figure of 4.6 percent, based on its projections for the worst-case scenario.