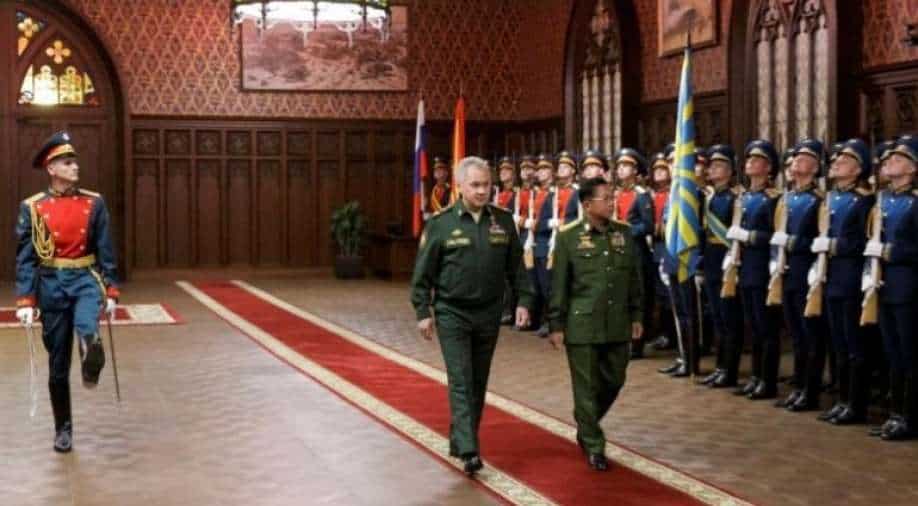 "We are determined to continue our efforts to strengthen bilateral ties based on the mutual understanding, respect and trust that have been established between our countries," RIA quoted Shoigu as saying at a meeting late on Tuesday.

Min Aung Hlaing was in the Russian capital to attend a security conference this week.

Rights activists have accused Moscow of legitimising Myanmar's military junta, which came to power in a February 1 coup, by continuing bilateral visits and arms deals.

Russia said in March it was deeply concerned by the rising number of civilian deaths in Myanmar.

Defence ties between the two countries have grown in recent years with Moscow providing army training and university scholarships to thousands of soldiers, as well as selling arms to a military blacklisted by several Western countries.