Russia plane crash: 'Terrorist act' not ruled out yet 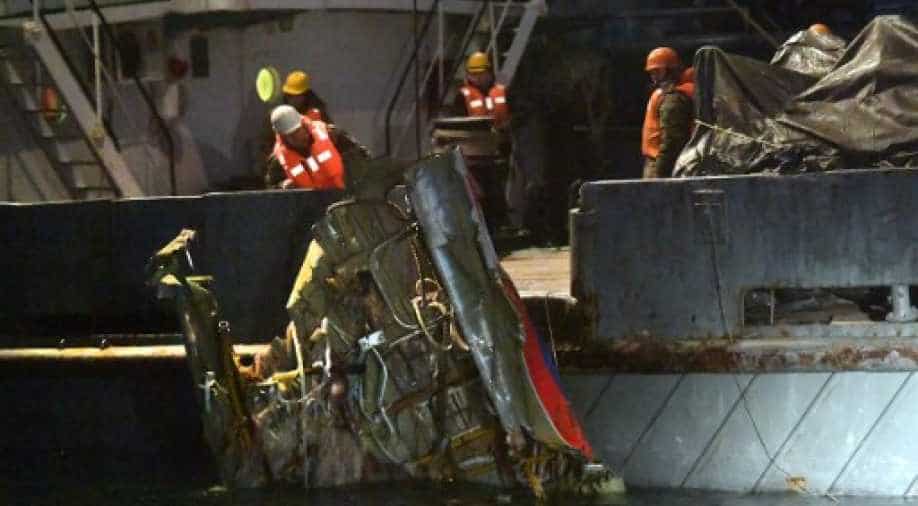 This handout photograph released by the Russian Emergency Ministry on December 28, 2016, shows rescuers lifting a piece of the crashed military plane. Photograph:( AFP )

Russian authorities said on Thursday (September 29) they had not ruled out that a "terrorist act" could have caused the crash of the military plane into the Black Sea on Sunday (December 25), but said it was only one of the theories under consideration.

"After preliminary de-coding of the first recorder we came to a conclusion that there was no terror attack... at least there was no explosion on board. This I can say for sure. But terrorist act is not only a blast, there could be other reasons. But for now we do not rule out this version during investigation," said Sergei Bainetov, the Russian Air Force's head of flight safety who chairs a government commission investigating the crash, which killed 92 people.

He also said it would take at least 30 days to establish the cause of the catastrophe.

The plane, a Tupolev-154 belonging to the Defence Ministry, disappeared from radar screens two minutes after taking off from Sochi in southern Russia, killing dozens of Red Army Choir singers and dancers en route to Syria to entertain Russian troops in the run-up to the New Year.