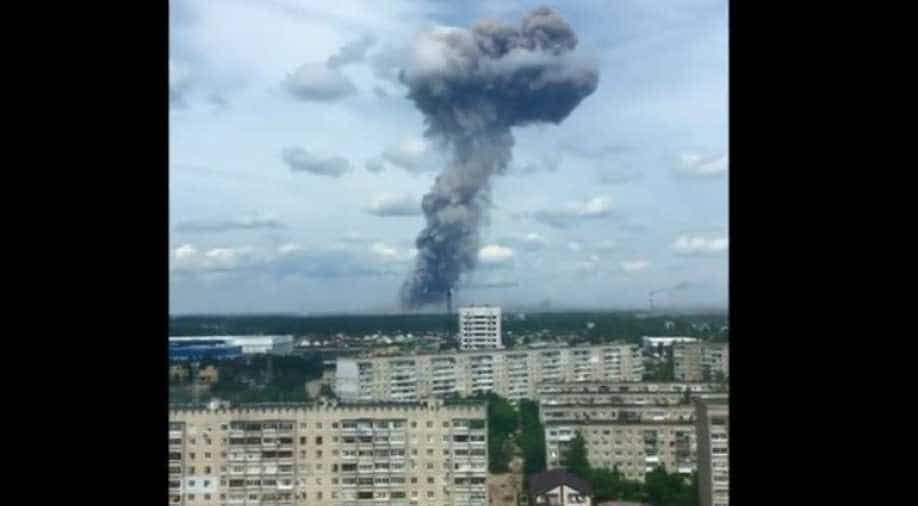 A massive cloud of smoke emerges in the central Russian town of Dzerzhinsk following blasts at an explosives plant. Photograph:( Reuters )

The blast took place in the town of Dzerzhinsk in central Russia.

A blast occurred at Russia's major explosives plant and has injured as many as 19 people, news agency AFP reported.

The blast took place in the town of Dzerzhinsk in central Russia, AFP reported quoting Russian news agency TASS and Interfax. Local authorities have warned of more such explosions.

As per reports, a section of the building where the blasts occurred was partially destroyed. A fire broke out at the facility, where explosives and ammunition were stored, the news agencies said.

The local media cited state health ministry. More details are awaited, no loss of life has been reported.