Russia accuses US of planning to arm opposition in Venezuela 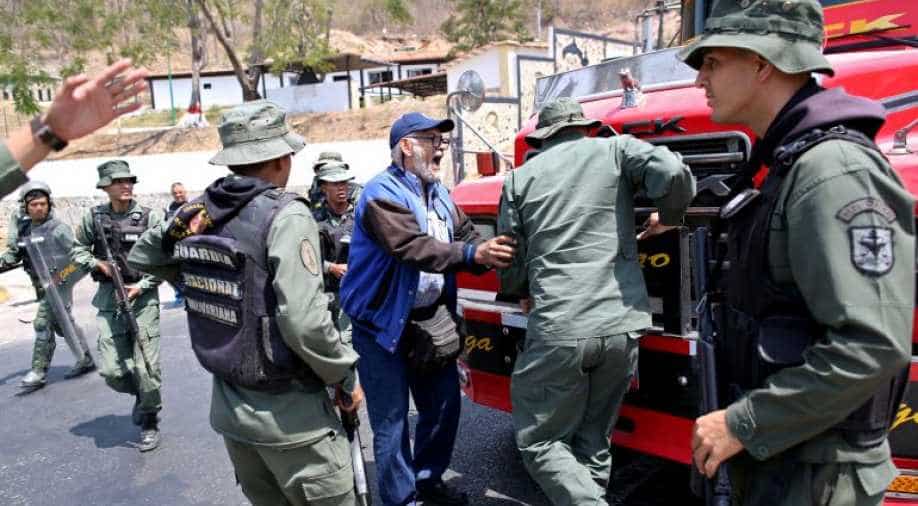 Lawmaker members of the Venezuelan National Assembly and supporters of the Venezuelan opposition leader Juan Guaido, who many nations have recognised as the country's rightful interim ruler, clash with security forces as they block the road on the outskirts of Mariara, Venezuela February 21, 2019. Photograph:( Reuters )

Moscow said it had information to back its assertion but did not reveal it or say what it was.

Russia's Ministry of Foreign Affairs on Friday accused the United States and its NATO allies of discussing how to arm the opposition in Venezuela and alleged Washington was deploying special forces and equipment near the South American nation.

Moscow said it had information to back its assertion but did not reveal it or say what it was.

A senior US administration official called the assertion a "senseless accusation" distributed by Russia as "propaganda."

"There’s no truth to that," the official told reporters, speaking on condition of anonymity.